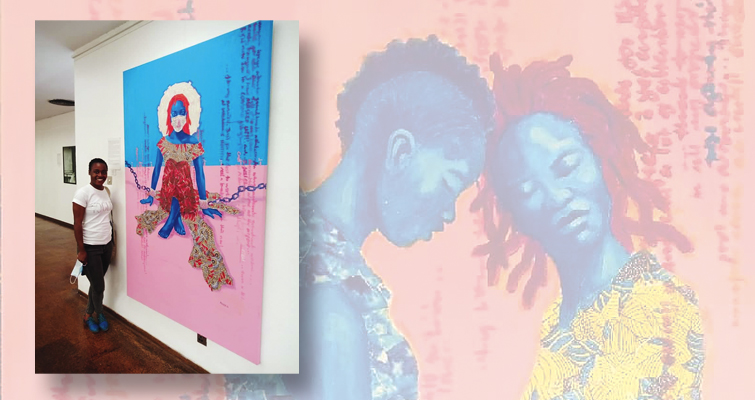 Polymer isn’t the only “hot” trend in paper money. Artists claim ecological benefits by keeping clutter out of landfills in countries where money has become trash. In Venezuela and Zimbabwe, artists have started cottage industries turning worthless paper bills into works of art.

The latest is the work of Zimbabwean visual artist Prudence Chimutuwah, featured in a recent Reuters report.

Even though Zimbabwe abandoned its old currency in 2009 and most of it was thrown away, mounds of it remain and Chimutuwah uses it to make art.

Chimutuwah told the news agency: “A lot of people, when they see the old banknotes, their reaction most of the time (is to) get angry. I try…to make people see the beauty of these old banknotes. So when someone looks at this piece of art, they think “whoa” and then they forget about the pain this thing caused.

She wants people to look beyond the corrupt ruin wrought by former President Robert Mugabe and find some beauty in the currency that is a nightmarish memory for most, and eventually recover from some of the trauma that he caused.

Her paintings focus on women’s lives – dancing, cooking, or wearing elegant, brightly colored dresses. She uses the old Zimbabwean dollars not as a canvas, but stuck on a painted background with glue to become part of the image.

Most of her works are studies in blue as she describes the color as “a symbol of strength and dominance”.

In one painting, a woman is depicted pouring liquid from a calabash (a type of calabash), which is made up of pieces of brown Z$1000 and 50 billion notes. In another post, particularly appropriate in the age of COVID-19, a woman wears a mask and gown made from purple Z$500 million bills. The intention of the artist is to show the “new normal” of masks and social distancing.

Some of his work is now on display in a month-long exhibition at the National Gallery of Zimbabwe in Harare.