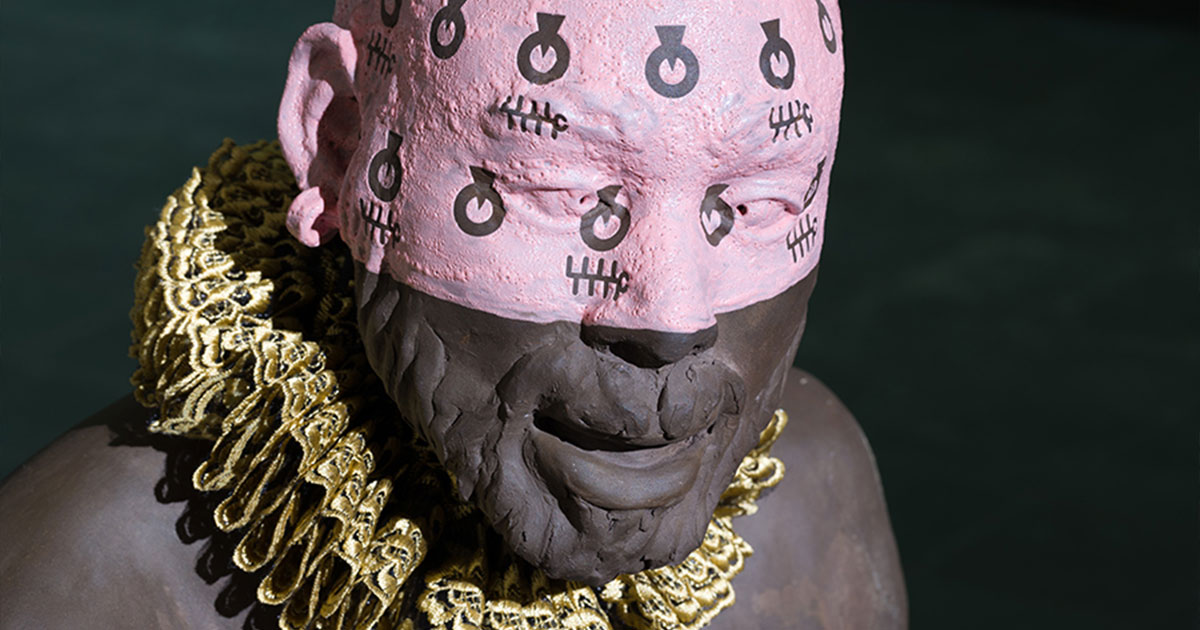 Canadian Caribbean artist Eddie Firmin will discuss his work during a talk at the International Ceramics Fair. Above is one of his many visually stunning works entitled “Emotional Alphabets Culture and Protection/Shelter”. Photo: Mike Patten

The International Ceramic Art Fair is making its long-awaited return to the Gardiner Museum in Toronto after the pandemic put the annual event on hold for two years. And while the fair offers an online component, Sequoia Miller, chief curator of the Gardiner Museum who selected the pieces for the event, says artists and art lovers are more than ready for an in-person meeting.

“There was a real challenge to have an audience for their real work during the pandemic,” Miller said. Zoom in in a telephone interview from the Gardiner Museum. “It seems like now there’s still a lot of that feeling – both of the artist and of the person who engages in the work – of the hunger to actually be able to have [an] in-person physical experience with artwork.

The 10-day fair – June 9-19 – invites attendees to view and purchase the latest ceramic works from a diverse group of artists, attend talks and watch performances. Miller says physical presence is crucial in the art world, especially when it comes to ceramics.

“There’s always this gap, obviously between photography and reality, but I feel like with ceramics it’s a particularly big gap because there are usually so many nuances and subtleties on the surface. of form that don’t translate,” she says.

The event, however, is not just a boon for established artists and hungry art lovers bouncing back from the pandemic. The June 8 ICAF Preview Gala, which invites guests to view and purchase some of the artwork, will benefit from the Gardiner Community Access Fund, an initiative that gives children and youth from underprivileged communities Free access to the museum’s clay education programs.

This year’s emphasis on the body, representation and territory also brings together artists from a variety of backgrounds.

“As each artist approaches these themes through a unique lens, taken together, the works visualize a universal connection to the land we walk on,” Miller explains in a press release.

“There are absolutely times when we have a specific Indigenous approach, but it’s also important, I think, that we are able to incorporate Indigenous perspectives, experiences and voices. [and] works of art in activities that are not specifically or exclusively Indigenous,” says Miller. “Because while the Indigenous experience is of course particular, it is also part of the larger realm of human experience.”

Coinciding with the fair is the debut of a new permanent public artwork by Six Nations artist Tekaronhiáhkhwa Santee Smith in the museum plaza. According to a press release, the sculpture of a huge Mohawk kitchen vessel, described as “fragmented but moving towards integrity”, is meant to symbolize “the disruption and trauma caused by colonization”. The artwork will be one of many permanently installed across Toronto as part of ArtworxTO: Toronto’s Year of Public Art, which kicked off last year.

Inside, the fair will feature works by a number of Indigenous artists from around the world, including Raven Halfmoon of the Caddo Nation of Oklahoma, who will be exhibiting a major sculpture in Canada for the first time at the fair.

The event will also include a gallery talk with Canadian Caribbean artist Eddy Firmin, whose works will be exhibited at the event.

“He works with beauty and kind of seductive surfaces, colors and those shapes that are very seductive,” Miller says of Firmin’s work. “But once he kind of gets you hooked on that really exquisite aesthetic, you start to see what his real themes are, which can be very empowering and very engaging. He thinks a lot about race and racism, colonialism and the legacy of slavery that we all live with.

The influence of older artists on the medium is also reflected in Miller’s selections.

“I think the art worlds are increasingly recognizing the continued creativity of mature artists,” he says. “There are quite a few artists now – who are over 50 or over 60 – who are incredibly generative in creating new and original work.”

“I think there’s less bias in the visual arts than in some other disciplines around age and the contributions that slightly older artists can make,” says Miller. “I think these artists are truly celebrated within the craft community and in particular for continuing to be creative and inspiring throughout their careers.”

Artist Edwina Sandys on her new exhibition, Being Winston Churchill’s Granddaughter and Embracing the Art of Our Own Lives