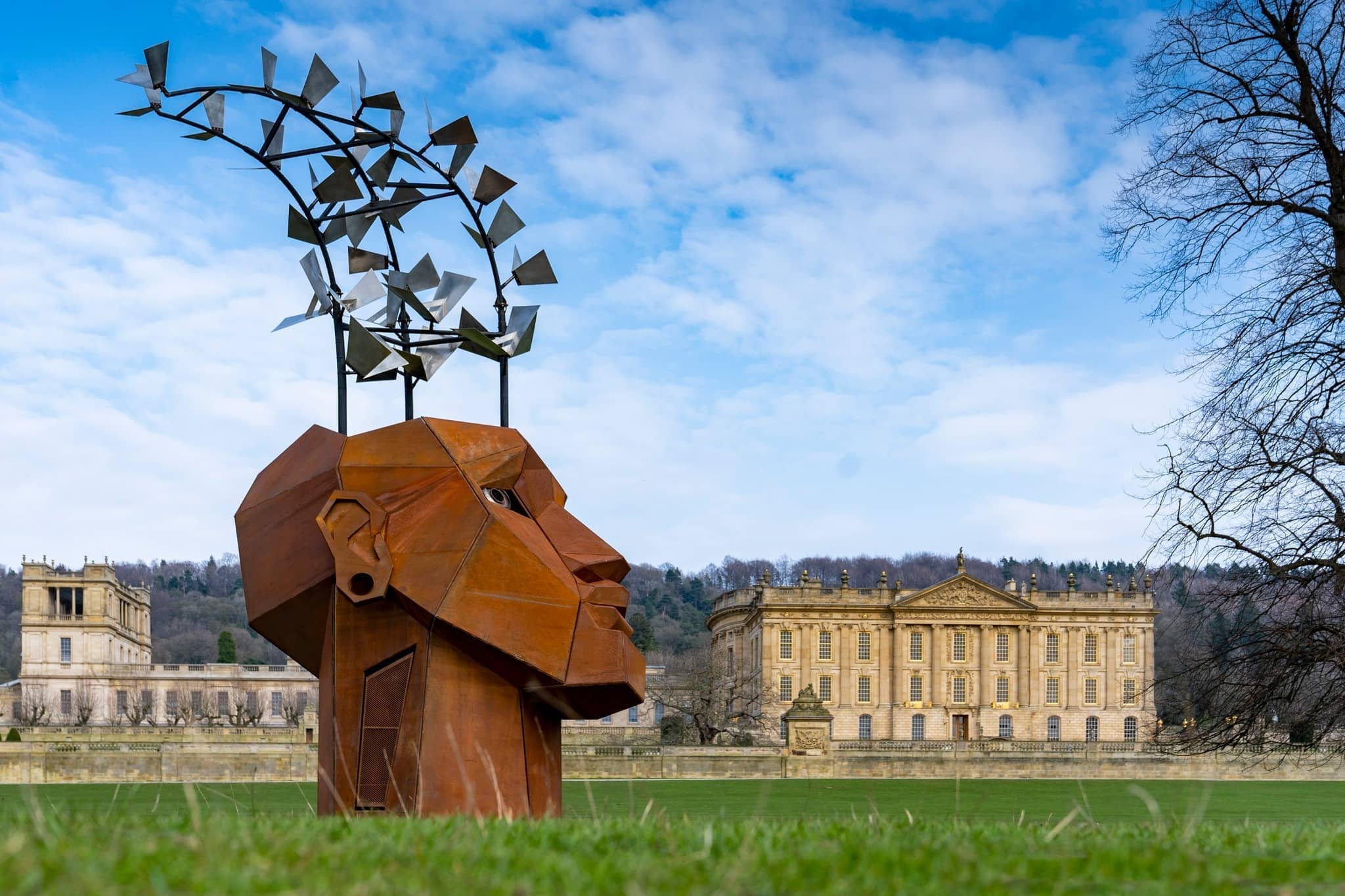 Britain’s ancestral batteries must have evolved over time. Nowadays, it is simply not enough to open the ceremonial rooms. Today’s great old houses have to offer something else to attract bettors, and for the best of them, that means focusing on fine art.

Our stately homes have always boasted a wonderful array of artwork, but it was often hard to find. Today, these treasures are well preserved and, increasingly, they are complemented by first-class contemporary art. Our country houses are now go-to places to see today’s greatest artists, rather than sleepy repositories for rusting armor and dusty antiques.

Seeing modern art in a stately home is way more fun than seeing it in a trendy gallery. The dramatic contrasts between old and new are striking and intriguing. When these venues were built it was state of the art, a forum for the greatest artists of their time, so it was only fitting that they would showcase contemporary art, alongside the old masters of yesteryear.

Built 300 years ago to reward the Duke of Marlborough for his victory at the Battle of Blenheim, this magnificent pile is a UNESCO World Heritage Site, a rare and valuable example of English Baroque. Home of the Churchill family for several centuries, it was the birthplace of Winston Churchill and, given his love of art, it is only fitting that it has become a arena for some of the greatest artists in the world. modern era, from Georg Baselitz to Ai Weiwei.

This summer’s exhibition is more conventional, but no worse for it – an exhibition of paintings by Winston Churchill and Paul Maze, Churchill’s close friend and fellow painter, whom he befriended in the trenches. during the World War One.

The seat of the Duke of Devonshire is one of the best places in the Midlands for fine art (where else can you see Rembrandt, Henry Moore, Edmund de Waal and Sean Scully all under one roof?) and this summer, he puts on several excellent exhibitions. Living with the art we love is a selection from the Duke and Duchess’s personal collection, with photos of their private quarters, but my favorite show is Freud at Chatsworth, a century-old tribute to the late great portrait painter, with several portraits of the Devonshire family (the Devonshires were good friends and devoted patrons of Lucian Freud). The most spectacular event is Burning Man – a dozen sculptures scattered throughout this landscaped park, inspired by the annual festival of the same name in Nevada’s Black Rock Desert.

Built in the 1750s by the Adam brothers and tastefully furnished by Thomas Chippendale, this Palladian country house was a family home well into the 1990s. When it went up for sale, it looked like its unique collection would be shattered and scattered, but the Prince of Wales intervened and saved her for the nation. Dumfries House now provides training and jobs for young people (invaluable in an area where old industries like mining have died), but the Prince’s foresight and leadership also saved its contents from destruction. During the 19e Century, the classic Chippendale style fell into disuse and, in more prosperous stately homes, its interiors were ripped out and replaced. Because Dumfries House was relatively modest, its original designs have survived, so the rooms still look the same as they did in the 18e Century.

While the National Trust has taken all the flack to address its colonial heritage, Harewood House has tackled this tricky issue with a lighter, more skilful touch. Harewood’s approach is bold and courageous, but the result seems perfect. He doesn’t try to hide his Imperial origins, but that’s just part of the package. Yes, Harewood House was built by Edwin Lascelles, 1st Baron Harewood, with the wealth he accumulated as a plantation owner in the West Indies, but today it is mostly as a place of progressive art . This year, the Harewood Biennial, called Radical Acts – Why Crafting Mattersis a group exhibition of new works by emerging artists, focusing on environmental issues, amid the architecture of Robert Adam and the gardens of Capability Brown.

A few miles from Berwick-upon-Tweed, just across the Scottish border, this low-key stately home doubles as a splendid museum of Scottish art. Patrick Home, who built the house (in a vain attempt to woo a Prussian heiress), took the Grand Tour in 1748 and returned home with crates of paintings, which remained unopened when he died. This Italianate collection has been supplemented (and eclipsed) by loans from the National Gallery of Scotland: notably the insightful and penetrating portraits of Allan Ramsay and Henry Raeburn, and the dynamic paintings of Scottish colourist Samuel Peploe. Built by James Adam, with interiors by Robert Adam and furnishings by Thomas Chippendale, the house is a work of art in its own right, and its bucolic setting, on a wooded hill above the River Tweed, is sublime.

Built in the 1880s, in a neo-rococo style, this ersatz French castle is England’s most elaborate folly (an entire hill has been hollowed out and flattened to provide a pretty view). It was intended as a weekend retreat for Baron Ferdinand de Rothschild, a place to house his enormous art collection, and although money was no object it tasted extremely good. There are delightful Gainsboroughs, but the highlight is the stunning selection of Joshua Reynolds portraits, still so sharp and intimate even after all these years. You feel like you really know these sitters, so it’s strange to think that they actually have no personal connection to the property, beyond the fact that Rothschild bought them, to adorn this extravagant and extraordinary home.

On Friday, June 10, Spectator subscribers can join Drinks editor Jonathan Ray for a private guided tour of the house and its celebrated collection of art, sculpture and furniture. The visit will be followed by a commented tasting of six Rothschild wines and a three-course lunch at the Manor Restaurant. Visit spectator.co.uk/tastings to buy tickets.

2022-04-13
Previous Post: Mattress Factory Appoints New Executive Director | Visual arts | Pittsburgh
Next Post: What are the most memorable works of visual art you have ever seen?