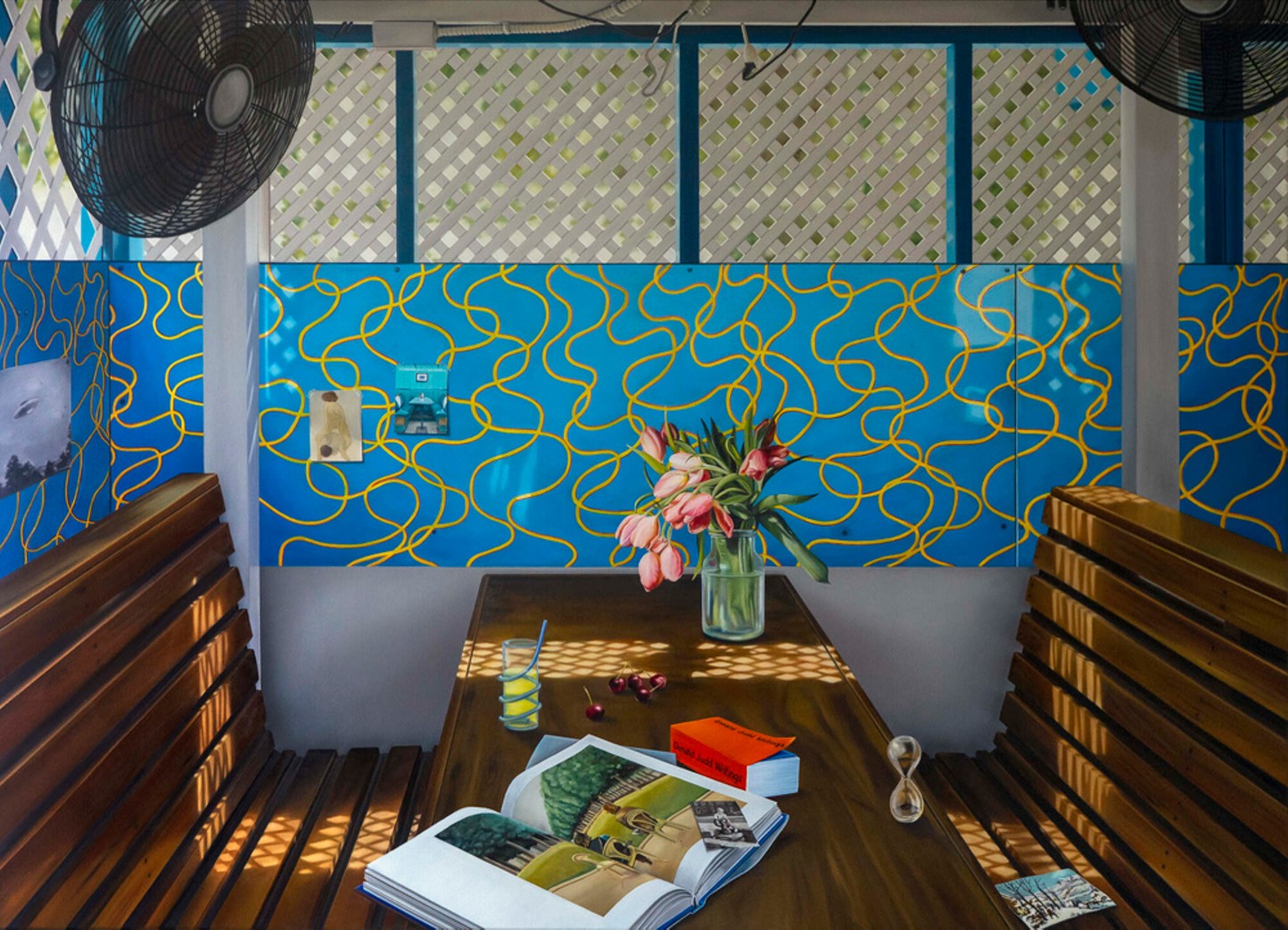 A realist painter whose large-scale works blur reality and fiction, Alina Grasmann’s stories are rooted in place, using real places as a jumping off point to find emotional truth about place like a novelist or filmmaker. “I always work in series and each of my series refers to a real and existing place”, explains Grasmann. “Nevertheless, I never content myself with painting reality. I think what I’m really trying to do is capture my own feelings that I have in a certain place by exaggerating the reality, changing, for example, the light or the architecture by adding or removing items.

Grasmann works in series, generally producing 10 to 15 paintings on a specific site. The cover image, The Continuity of Parks, is from his Florida Raume series, a depiction of the Sunshine State that seems a step away from surreal, like the opening of a David Lynch film before reality sets in. next to.

“My process takes a long time,” says Grasmann. “Often, I learn a place by chance in literature or cinema. This link between the place and the source material naturally makes me create my own image of the site before even going there. When I can’t get the place out of my head, I go there. On site, I realize very quickly if I want to get more involved and possibly devote a new series to it. It’s a very intuitive decision. I then take my time and try to be alone with the place, taking pictures and comparing my preconceived image of the place with that of the in-person experience.

Back home, Grasmann makes a small selection of images and proceeds to use the photos as digital sketches. She works with them until she likes the composition and the content. “While I’m working on the photographs, I’m also working on the conceptual ideas I want to address and the questions and feelings I have about the particular location,” she adds. Painting a full series of 10-15 large-scale works usually takes one to two years.

Although she claims to have no intention of telling stories in her paintings, she acknowledges their importance in the development of the paintings and the reception of her works. Rather than illustrating existing myths about a place, it aims to create space for associations so that new stories emerge. “I want my paintings to be a kind of empty space in which anyone could become the protagonist,” says Grasmann. “My hope is that the viewer finds their own points of access to my work and can engage in conversation with them. I’m happy if my work triggers something in the person looking at it. They might even just have a vague feeling arising. A feeling can be a story in itself.

Although she lives and works in Germany, Grasmann has a deep love and appreciation for the United States, and the Hudson Valley in particular, which she visits about once a year. His West of Eden series is a reimagining of various spaces in Dia:Beacon, placing peacocks beside Richard Serra’s Torqued Ellipses and a lily pond in Michael Heizer’s round concavity North, East, South, West.

She comes here at least once a year to find inspiration. “I’ve always been fascinated by the American landscape, culture, and architecture, and with the exception of my current series, all of my work so far references specific locations in the United States,” says Grasmann. . “My works mostly take place here, where new mythology seems to be constantly being created.”