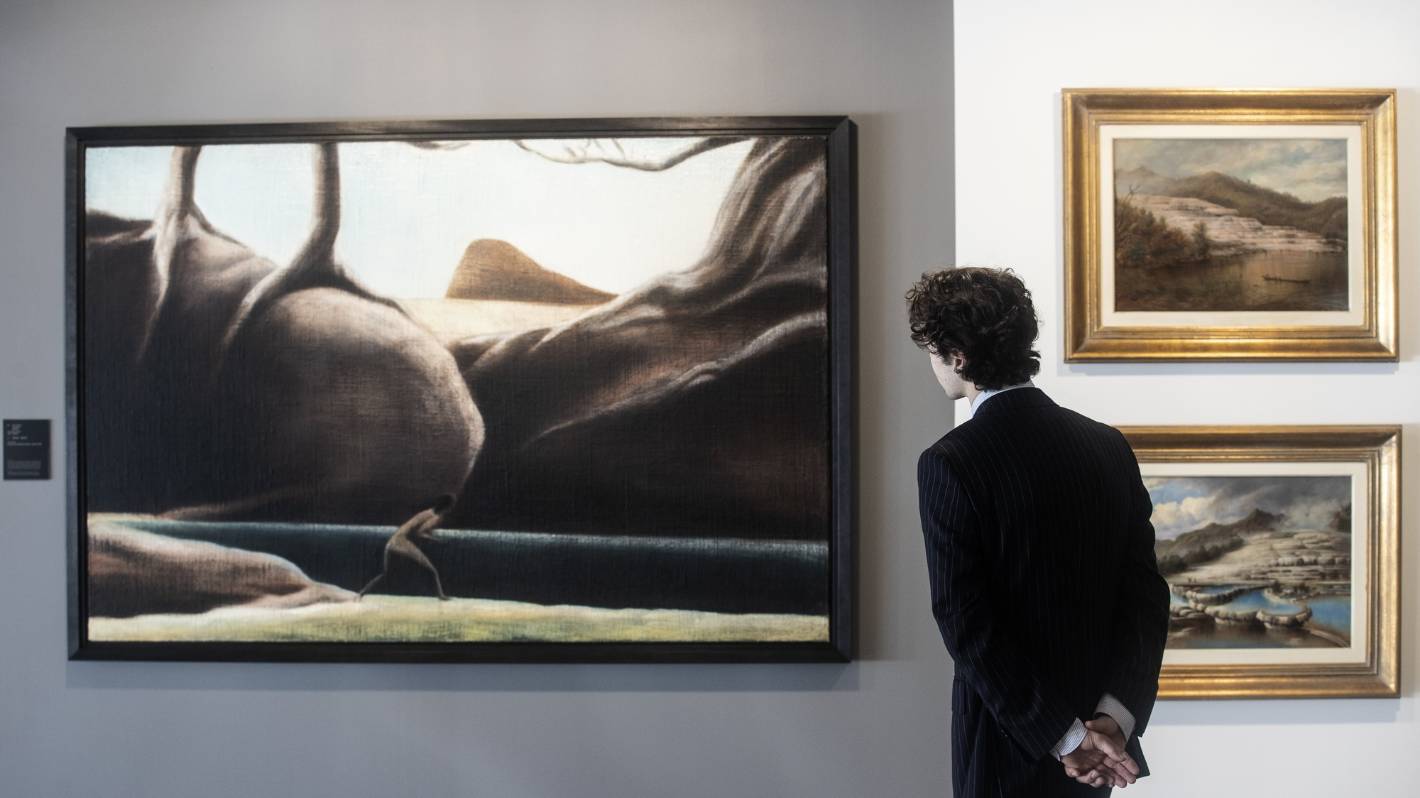 One of the finest corporate art collections in the country is on display in Wellington before going under the hammer next month.

The Bank of New Zealand Art Collection was assembled in the 1980s by art advocate and dealer Peter McLeavey, but in September the auction house Webb’s should sell the worksthe profits being donated to a new philanthropic foundation.

BNZ says it has taken good care of the valuable work, which includes O Let Us Weep by Colin McCahon (1969), is expected to gross up to $1.6 million. But now it’s time to pass on that role.

“[Our bankers] will also be proud of the ultimate legacy of the art collection which, through the establishment of the trust, will strengthen our ability to help communities create a better future,” BNZ Chief Executive Dan Huggins said in a statement. a statement.

The auction – which will be held in two parts due to the number of works sold – was “monumental”, Webb’s artistic director Charles Ninow said in an interview.

In the first batch, 50 major museum-quality works would be auctioned, while the second batch is described as more affordable. A 400-page catalog and a documentary have been prepared to accompany the collection.

Other works in the collection include those by John Reynolds, Gretchen Albrecht, Gordon Walters and a significant range of black and white photographs.

McLeavey was one of the architects of New Zealand’s contemporary art market and hunted down the “best” works of art that existed to build BNZ’s collection, Ninow said.

The artworks tell a story about New Zealanders and the country’s national identity during the period the art was collected, he said.

Together, the collection has helped bring art into people’s lives by being hung in offices, loaned to museums and galleries, and cared for by a dedicated curator, Ninow said.

The works were in “incredible condition”, he said. “We can safely say that this will be New Zealand’s biggest ever art auction.”

In 1982, BNZ hired McLeavey to acquire artwork to accompany their Wellington headquarters at 1 Willis St. The building, which is now known as Aon Centerwas New Zealand’s tallest when completed in 1984.

Like the building, the bank wanted its art collection to be the best New Zealand had to offer. Over the decades that followed, BNZ exhibited much of his work publicly.

The sale comes at a time when auction houses and shopping malls across the country face an insatiable market appetite for art, a trend that has emerged since the start of the pandemic.

Part 1 is on display at Webb’s, 23 Marion St, Wellington, until 3 September. Part 2 will be visible from September 8 to 17. The auctions will take place on September 18 and 27 in Auckland.