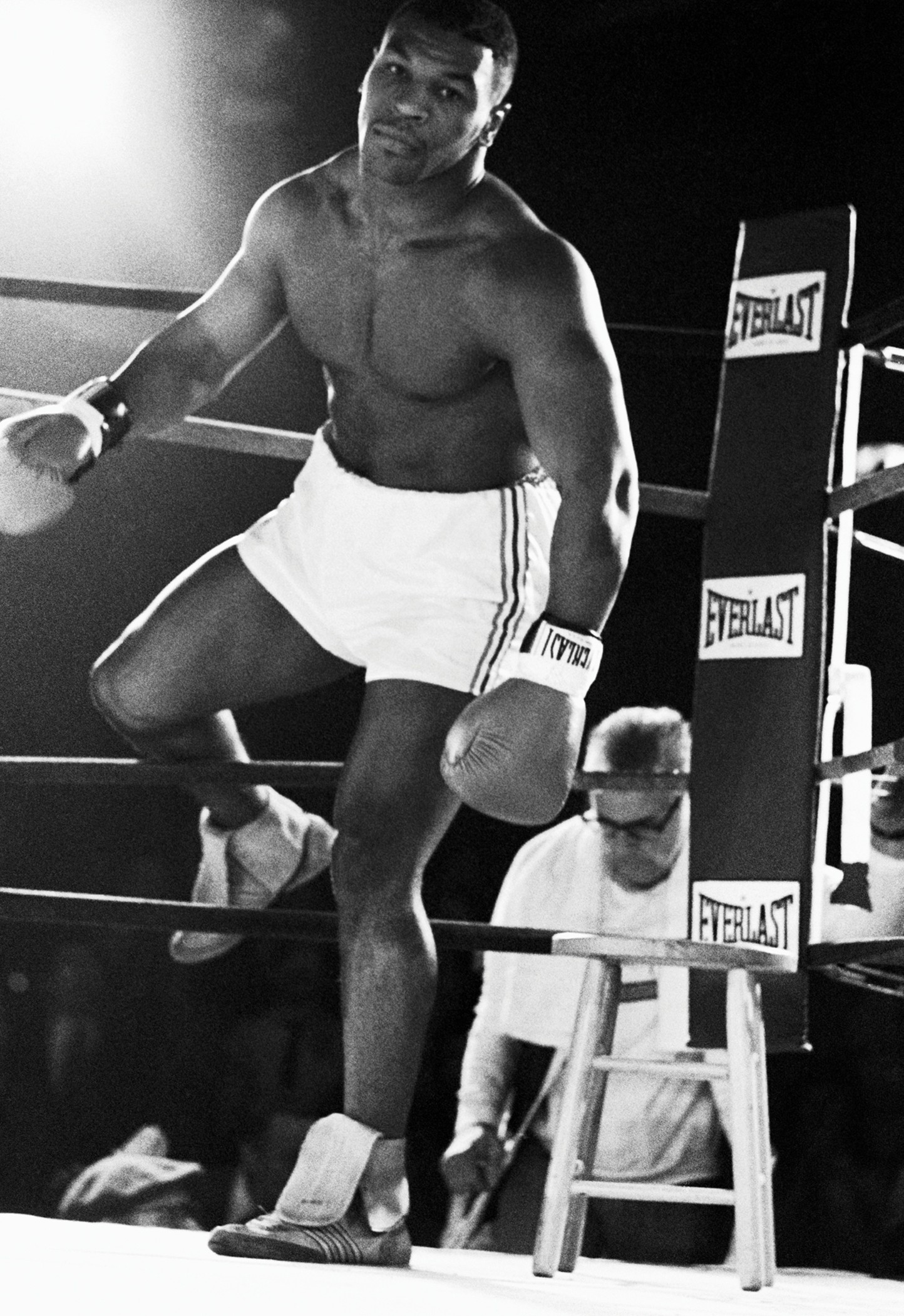 Lori Gricker was an undergrad at Parsons School of Design when boxing historian Jim Jacobs told her about some teenagers training to be boxers upstate. Needing a subject for a photojournalism project, she got herself invited to the Catskill home of trainer Cus D’Amato, his partner Camille Ewald, and their unlikely team of interns.

“There was a girl there, and at first I wanted to focus on her – she was a Mormon and had
a pet rat. I was fascinated, but no one wanted to hear about a female boxer in 1981. I started focusing on Billy; he was only nine years old, and my article about him was published in indoor sportswhich was a big thrill. 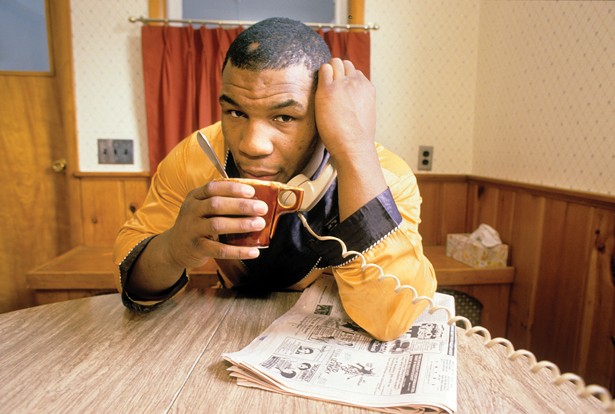 D’Amato encouraged her to watch out for the big silent kid, saying that Mike was going to be world champion. “Cus was the master, and he knew Mike was so unusual,” Grinker explains. “He was 13, very shy, fresh out of correctional school. He was very, very smart, and I learned he had exactly what it takes. Cus had a method and Mike learned it very well.

When Tyson turned pro, “they kept letting me ride,” she says. “I was a little out of the way, as you must be, but I was kind of part of things, and I would say that the defining quality of this house was laughter. I saw how the discipline of boxing helped these children, how they learned to play together. 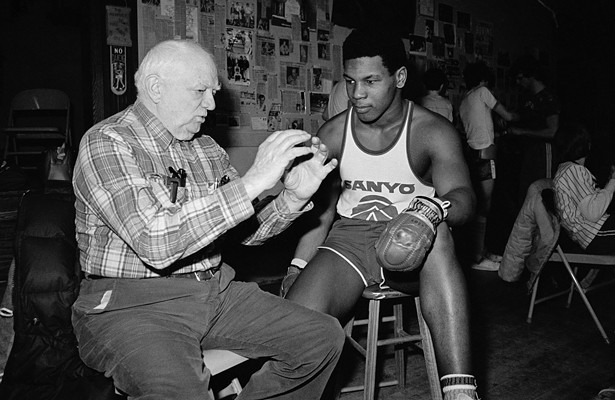 mike tyson is Grinker’s third book (text by Bruce Silverglade), to be published September 6 by Powerhouse Books. This is a collection of rare and previously unseen photographs from the 1980s and 1990s, showcasing a lesser-known side of the boxing superstar in his prime, both in and out of the ring. Previous books by the photographer include Invisible Thread: A Portrait of Jewish American Women and Post-war: veterans of a world in conflict. A photograph of a Benin veteran of After the war appeared on the cover of the April 2005 issue of Chronogram.

This month’s cover photo was taken Nov. 22, 1985, at the Latham Coliseum as Tyson entered the ring for one of his first professional fights. “He was probably 18; he looks older,” Grinker says. “The fight lasted about 30 seconds.” In later matches, she would find herself neck and neck in a media scrum. “It taught me a lot about how to move and how to shoot,” she says. “But this time, I think there was maybe only one other small local newspaper.”

In 1988, one of Grinker’s photos of Tyson made the cover of Sports Illustrated. “I was in the right place at the right time,” says Grinker, “and I stuck with it until he got more and more famous and he became unreliable. things. I think if Cus hadn’t died when he died, things would have turned out differently for Mike. D’Amato, who adopted Tyson after Tyson’s mother died, died in 1985, just over a year before the boxer became the youngest world heavyweight title holder in history at the age of 20 four months. 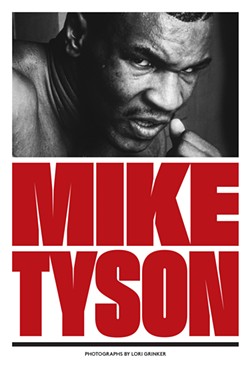 Grinker, who splits his time between Newburgh and Manhattan, will attend Newburgh Open Studios on September 24 and 25 from 12 p.m. to 6 p.m. at his studio in the Holden Arts Building. Her work will be featured in two upcoming group exhibitions: one with the Women Photographer’s Collective of the Hudson Valley at Galleries of the lace mill in Kingston from September 3 to 25 and one to Davis Orton Gallery in Hudson which opens October 8th. She will also read and dedicate to Mom Redhead at Newburgh on October 12. There will also be an exhibition of images from the book at Clamp Art Gallery in Manhattan in November. “I’m so thrilled that this book was born in the Hudson Valley,” says Grinker, “where the story really began.”