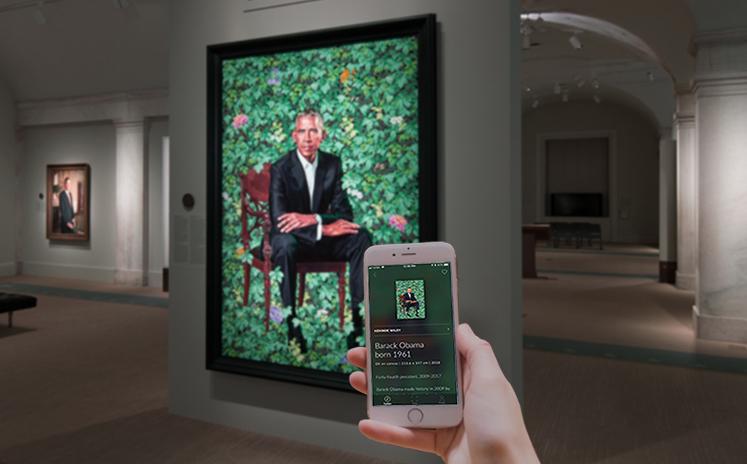 Finding a way to make the digitization of art collections profitable

Institutions that hold the world’s art have often been slow to create digital databases and user-friendly websites to display their collections (let alone retail them). The challenges are clear: the collections are vast with a majority of works in storage, creating new websites and painstakingly cataloging photos of pieces is expensive, and keeping these colossal digital collections technologically up to date is difficult. .

Some, like the Rijksmuseum in Amsterdam and Norway National Museum of Art, Architecture and Design (Nasjonalmuseet) have made valiant efforts to create easily searchable and truly engaging online databases of their collections.

Although it is fundamentally necessary for many of the largest, most visited and best-funded museums to attempt such projects, two UK-based organizations are undertaking more ambitious efforts to digitize art collections in several institutions and even earn money in the process. .

In the UK, where museum entry is largely free, a charity called Art UK is working to make the country’s public art collections more accessible. The organization began the process of bringing the country’s oil paintings online in 2011 and since then has continued to undertake cataloging projects, today working through the country’s 150,000 publicly owned sculptures. .

While the majority of the pieces on the Art UK website come from museums, two-thirds of the collections represented are not, but rather from universities, hospitals, libraries, historic houses and other local collections. This year, some private corporate collections will also come to the platform. So far, the organization has been able to digitize 220,000 works by more than 40,000 artists, making many works accessible to audiences that otherwise would not.

“The vast majority of UK public collections cannot put their art on their own websites because they simply don’t have the financial resources to do so or their teams are too small,” said Andrew Ellis, director of UK art.

By providing a single, shared digital infrastructure, 3,250 collections across the country now showcase their work online. This is no small feat considering that each institution needed its own legal agreement for this partnership, and each piece still in copyright needs an additional agreement.

“They did in a few years what probably would have taken us ten years,” said Rebecca Hill, exhibitions and collections coordinator at Gallery Oldham, a small institution in the north of England. “They have a much better platform than we ever had to reach a wide range of audiences.”

Use phones for engagement, not distraction

When we turn to the internet to search for artwork, the portals through which many of us arrive are often our phones.

Co-founders Anna LoweThanos Kokkiniotis and Nick Mueller of Smartify, wanted to harness this interaction with our phones to create an app that could compensate for instances where customers find themselves walking through museums without a knowledgeable guide.

“It’s about thinking about new ways of doing things,” Lowe said. Although some people are reluctant to have phones in galleries, she hopes to reframe their use as tools of engagement rather than distraction.

By simply pointing a phone at a work of art (as if taking a photo of it), the software recognizes the image and extracts the accompanying information. Smartify’s collection covers 85 institutions across Europe, the United States, Iran and Singapore.

“Rather than white labeling the app and launching it in separate museums with all their branding and tricking the user into downloading a different app, we took the approach of a Spotify or ‘a Netflix or an Amazon where we want to start helping recommend things to people based on their interests and the things they scan,” Lowe explained.

The app suggests nearby museums and galleries, as well as trending artists and artwork. It’s the user The interaction also provides museums with valuable data on what visitors find most engaging and how they spend their time with the works during and after their visit.

“We’re seeing people spend more time in galleries because the statistics tell us how it’s being used,” said Deborah Sisum, new media manager at the Smithsonian’s National Portrait Gallery in Washington DC. Smartify helped the museum bring all of their collection to the app. “We’re seeing people approach art more thoughtfully and cautiously, so that’s important to us.”

While museums can appreciate these digitization efforts, Smartify needs to be profitable as a business and Art UK wants to be a sustainable charity, which has led to both finding creative revenue streams for themselves and museums with which they associate.

Art UK, for example, hosts a digital marketplace for buying on-demand prints, licensing artwork and buying retail. Any institution can pay an annual fee to use the service, and about 35 of them participate in this subscription model to date.

“We don’t have a very good capacity to host online art collections ourselves and we certainly don’t have a large enough team to be able to run any type of online store or digital sale of one of our arts,” said Hill of Gallery Oldham. She explains that they have been working to put as many artworks as possible on the platform to be sold as prints on demand.

Although income from these prints is not yet a big source of income for the gallery, she hopes they will cover Art UK membership fees by next year and then grow from of the.

Charles McKenzie, mbusiness manager at Manchester Art Gallery, said the service has helped them reduce the risk and cost of having large volumes of prints in storage, while still receiving revenue from prints of works in their collection.

For consumers and art lovers, the online marketplace provides a more convenient one-stop shop for prints and merchandise from multiple locations. For museums and institutions, it provides a better picture of who is interested in purchasing these items.

“WWhat is interesting to see is the geographical information on purchases made online. There is a strong local audience but also a lot of international sales of books and prints,” said McKenzie. “This suggests to us that the online offering makes online shopping easier for regular local visitors and also makes our publications more widely accessible to a global audience, which was not possible before.”

Similarly, Smartify charges partner institutions an annual fee for using the platform. They have also developed audioguides with certain institutions, from which they then share the income.

Lowe became aware of the decline in income from audio guides when she was working in museums herself.

“The audio guides weren’t really selling and young people just weren’t engaging with the content in that way,” she said. “At the same time, we’ve seen that podcasts are on the rise. People want to engage with the richer stories behind things, but it’s often about the means and the platform on which it’s done. .”

Sisum of the Smithsonian’s National Portrait Gallery explained that getting museum patrons to download the app is often the biggest hurdle, but once visitors have downloaded it, they’re often excited to keep going. use when traveling to other museums.

“TThe beauty of Smartify isn’t just location-based. You can take it out of the museum and it will go with you,” she said. “That’s what I love about it — it’s so global.”

Everything in one place

Smartify and Art UK have understood what individual museums could never do alone – for art viewers, it’s not just about one museum, but about the art world as a whole.

“My feeling is that better, accurate and well-photographed information is available to everyone around the world,” said Hill, speaking from Art UK. Indeed, nearly half of the two million unique annual visitors to the site come from outside the country. .

Of course, Google is also in the game of digital collection with its Arts & Culture tool. At least for now though, it lacks the smaller collections and stories of lesser-known pieces provided by Art UK and Smartify’s in-person museum functionality. The two also seem to have more personal relationships with their partner institutions.

“TThey want to know what we want and need and they base their future developments on the needs of museums,” Sisum explained of his collaboration with Smartify.

By finally consolidating the collections of all institutions, these platforms bring art viewers closer to an intuitive digital art experience by allowing them to focus on the artists and works they love rather than the software with which they they interact.