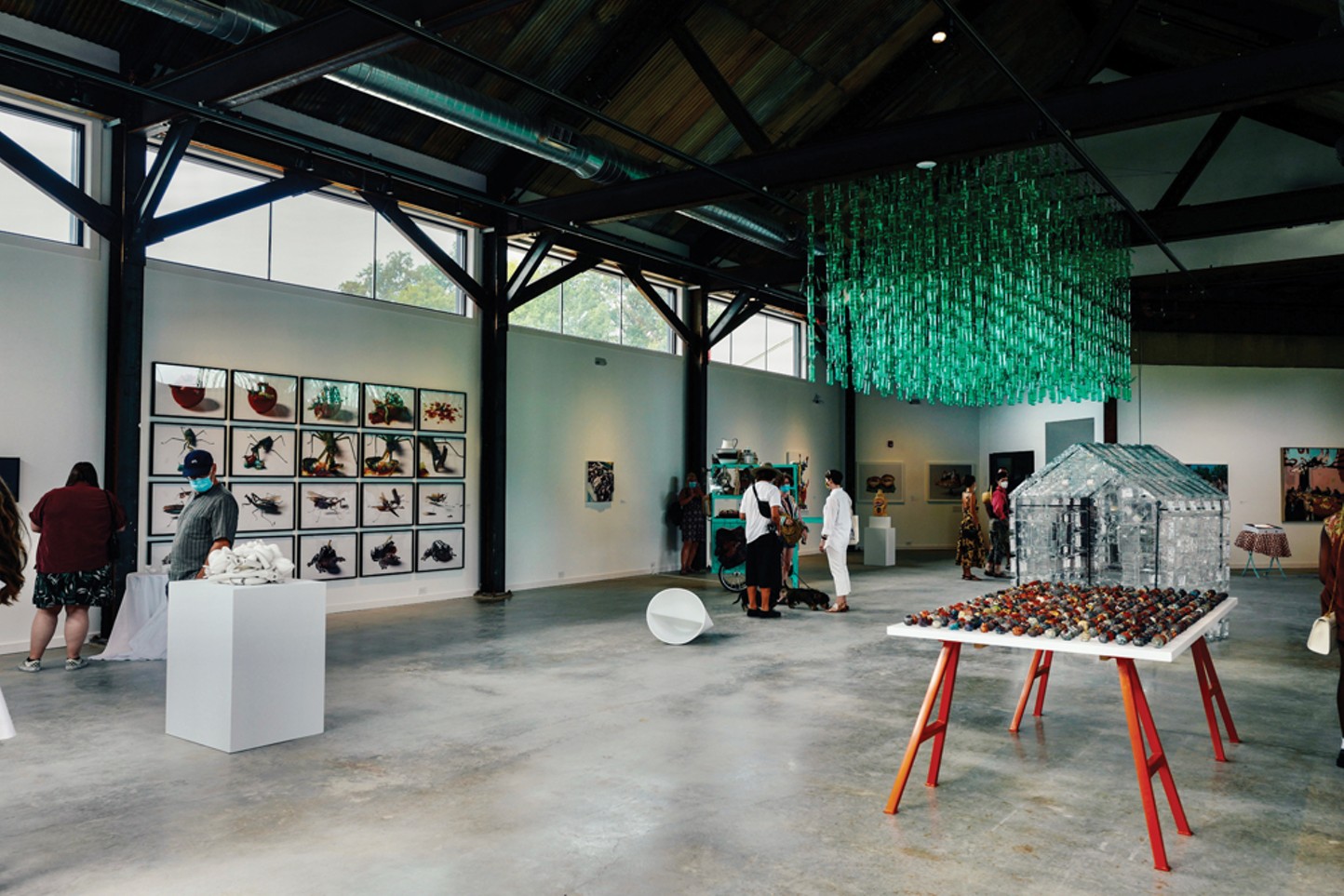 
“I didn’t want to build another fine art island,” says Tara Dalbow, curator and gallery director of the all-new Barns Art Center at Hopewell Junction. “When I was organizing this, I thought to myself: how can I make something accessible?” The centre’s inaugural exhibition, “Tasting Menu”, features 30 contemporary artists and runs until December 5.

The origin of the Barns Center is remarkable. Dalbow graduated from Sarah Lawrence College in 2019 with a master’s degree in creative writing. For a year, she taught at New York Times Gap year program, while working on her first novel, As it was. Then she heard that National resources, a property development company that owns part of an industrial park in Hopewell Junction, was soliciting proposals. Dalbow, who had never worked in a gallery, envisioned the Barns Center, a nonprofit art space focused on food, ecology and sustainable agriculture, and his pitch was accepted. She is 30 years old.

Dalbow began searching the Internet for sculptors and painters with culinary themes and sending in requests. “A few started saying yes, which shocked me,” she admits. “I had no experience as a curator and they were still building the building. I was sure no one would say, ‘Yeah, take my $85,000 artwork.’ »

I last saw a work by Lucia Hierro at the Museum of Modern Art. She is represented here by Constancia Fine/Tariff, a massive replica of a supermarket receipt reproduced on brushed suede, over 10 feet tall. (Sample line: “ORG BABY ROMAINE $4.29.”) A Fine Fare supermarket at 4211 Broadway in New York City produced the original.

Sharon Core has a pair of popping photos: a banana split and “two cheeseburgers with everything.” Both are almost obscene in their excess of curvaceous drops. And both are actual recreations of Claes Oldenburg’s sculptures. American food is better than it tastes.

Nicolas Buffon’s diorama B&H Dairy Products is a meticulous reproduction of the famous East Village kosher restaurant, albeit cheap, right down to the sign on the door: “No Guns/No Phones”.

The subject of food lends itself to repetition. John Shin’s floating corn looks like a levitating cornfield. Each “cornstalk” is made up of bottles of Mountain Dew (with the labels removed) taped end to end, decorated with “leaves” cut from the plastic bottles. Suspended from the ceiling, Mountain Dew bottles sway lightly in the air conditioning breeze, their leaves fluttering. On a nearby table, the 500 ceramic clementines by Daniel Giordano, some ashy, others with shiny metallic reflections, caress the eyes like waves on the sea. The most abstract work is that of Rachel Major Still life with drops, in which a series of superimposed beef carcasses, rendered in childlike colors, drip a liquid that looks like multicolored blood.

Oranges haunt the exhibition, reproducing themselves painting after painting. (Perhaps artists are drawn to their flamboyant color?)

“Barns” refers to the shape of the 3,200 square foot gallery and the trusses that covered this land before IBM began building this huge campus in 1963. The gallery leads to a food hall, still under construction, who will understand the Sloop Brewing Co. Eventually, the Barns Center plans to offer courses and artist residencies. lost arts, a three-screen documentary that follows 10 local farmers, debuts at the center on October 9.

“Tasting Menu” has a secret story, starting with the wheat harvest—With and Without (Blue) by David Kennedy Cutler and ending with a time-lapse video of rotting fruit by Sam Taylor-Johnson. Such is the tragic food cycle in the United States, where up to 50% of our produce is wasted.

The “Tasting Menu” will remain at the Barns Art Center until December 5th.