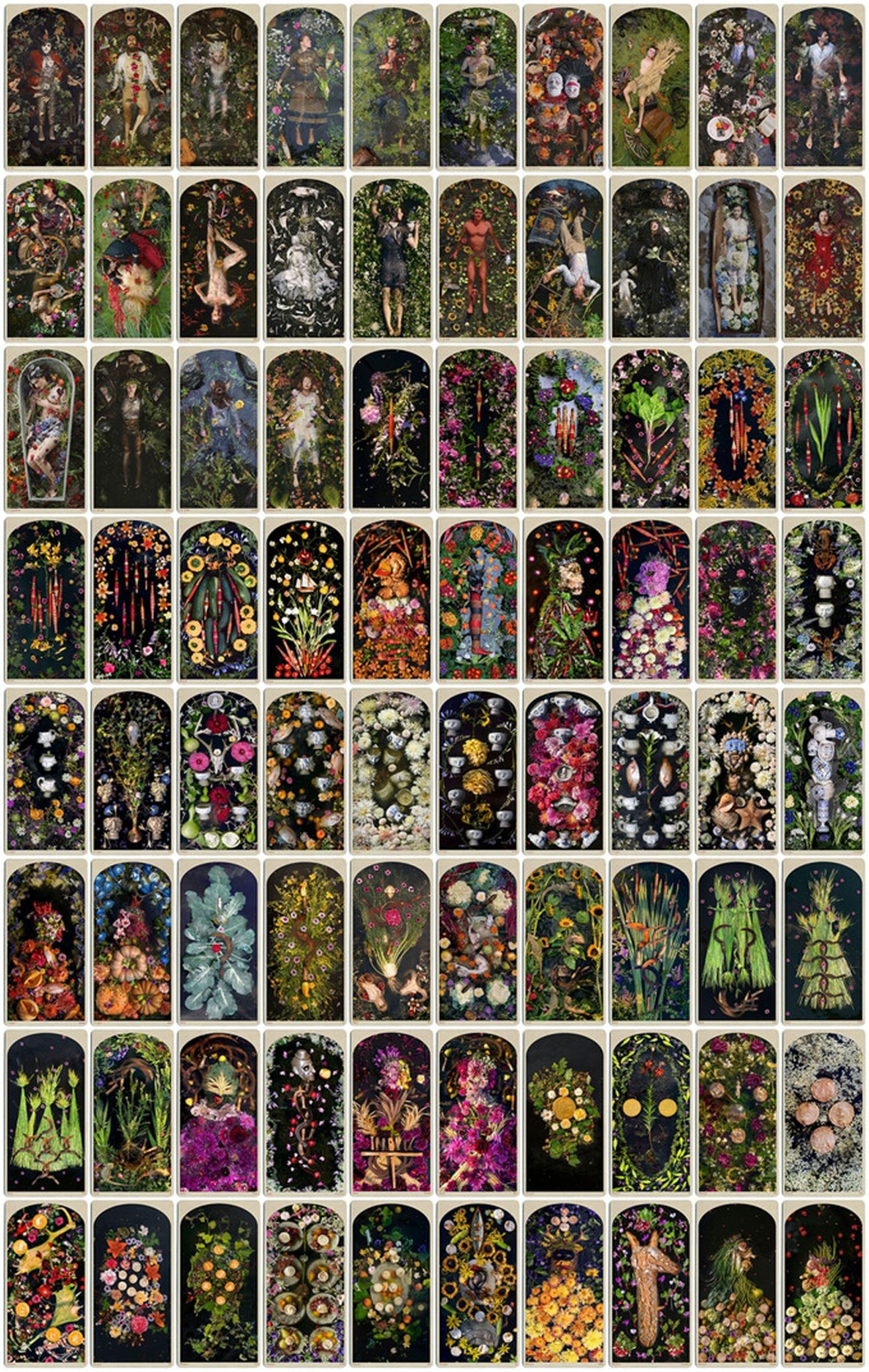 Long known as a mystical resource for predicting the fate and future of seekers of spiritual truth, tarot cards have played an important role in music and the arts. “Let’s go upstairs and read my tarot cards,” Rod Stewart sang in line on “Stay With Me,” his 1971 megahit with the Faces.

But tarot cards are also things of visual beauty with cryptic and sometimes menacing visual images that only an experienced reader can truly interpret. 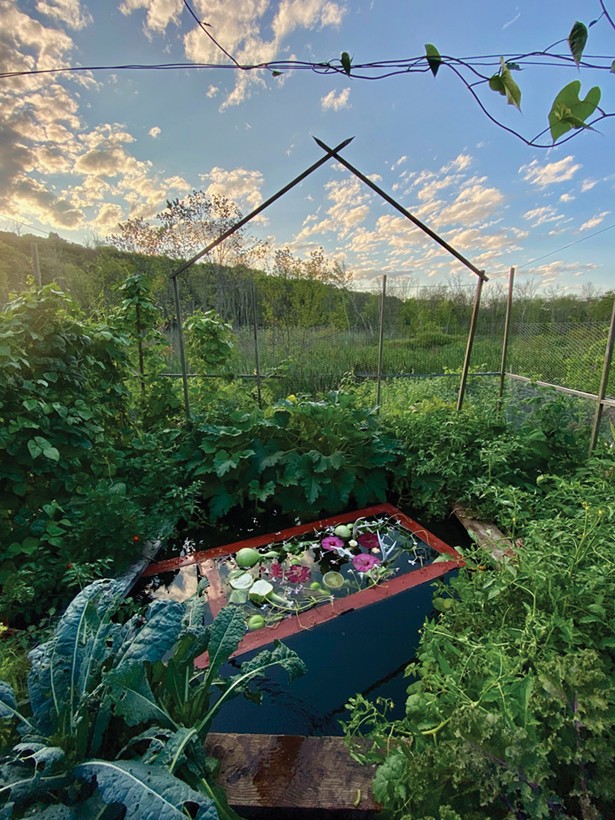 Hudson-based visual artists Nicholas Kahn and Richard Selesnick took tarot images traditionally rendered on cardstock and applied mystery and intrigue to photography with mixed media, creating their own Drowning World Tarot. (This isn’t the duo’s first tarot deck. In 2017, they produced the Carnival at the End of the World tarot deck.)

After the pandemic began in March 2020, they created a vegetable garden, a French vegetable garden that incorporates herbs, fruits and vegetables with flowers and ornamental plants to create a functional and aesthetic space. 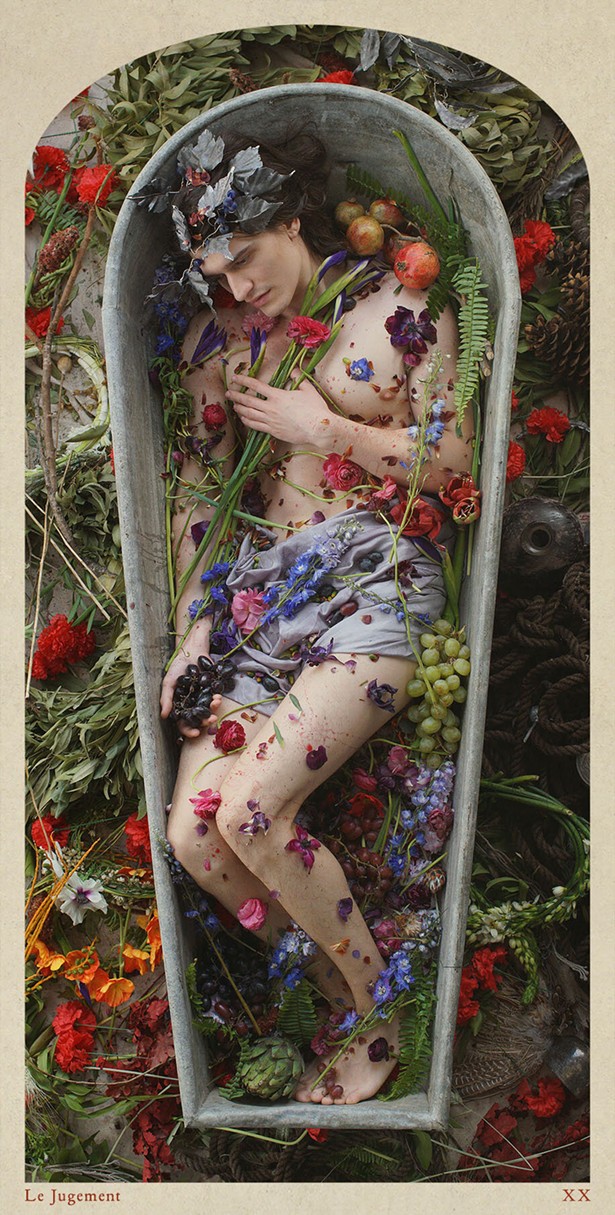 “In March 2020, we had all just entered internal exile as the plague swept across the country,” Selesnick says. “There was nowhere to go but within oneself, or set oneself to recalibrate the settings on the experience of time and space so that one’s immediate surroundings became a vast terrain in which wander all day.

The photographs of the minor arcana (the counting cards of the four suits) were taken largely in a central square basin in the garden. “During the summer, fruits, vegetables, flowers and leaves grown in the kitchen garden became the stars of the photos, as well as Bulgarian wheat sickles, press-moulded biscuits, old rolling pins chapati and Delft blue and figural earthenware-white goblets created for the project,” he says. “These were used to represent the classic combinations of swords, coins, wands and cups. ” 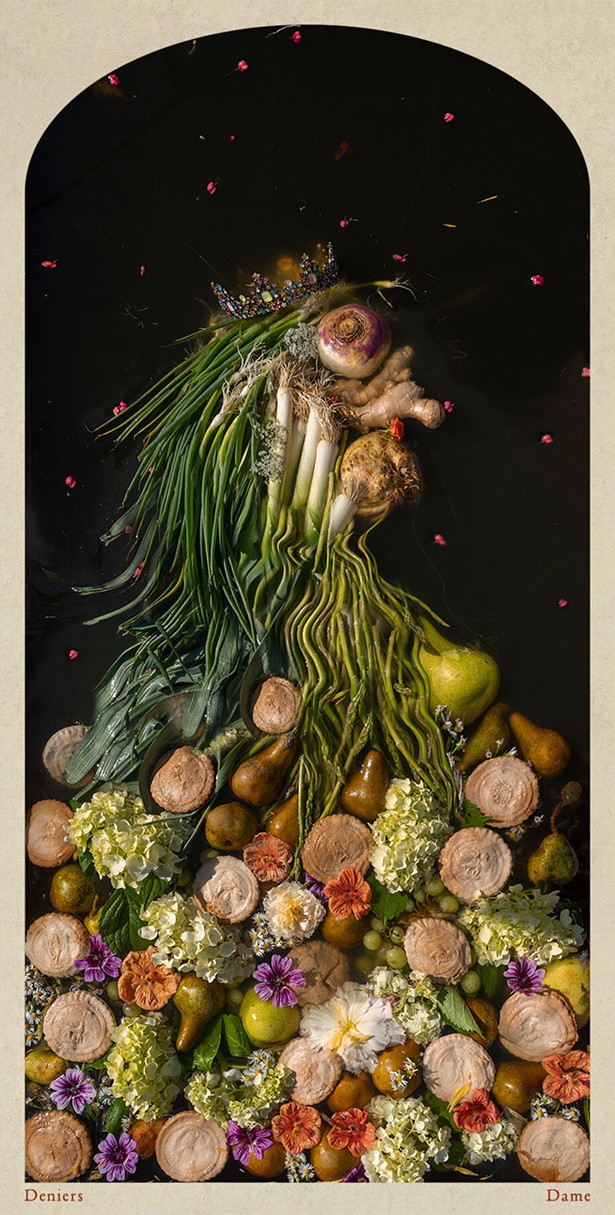 Most of the Major Arcana (pictures with floating figures) were shot in the swamps of Columbia and Dutchess counties, some directly behind Kahn’s house in Ghent.

An invisible net supported objects that did not float, and wildflowers arranged for specific meanings were used to create each card in the deck. They suspended a camera on a long pole above the board, usually using a remote viewfinder to see and film at the right time. Very little Photoshop was used. 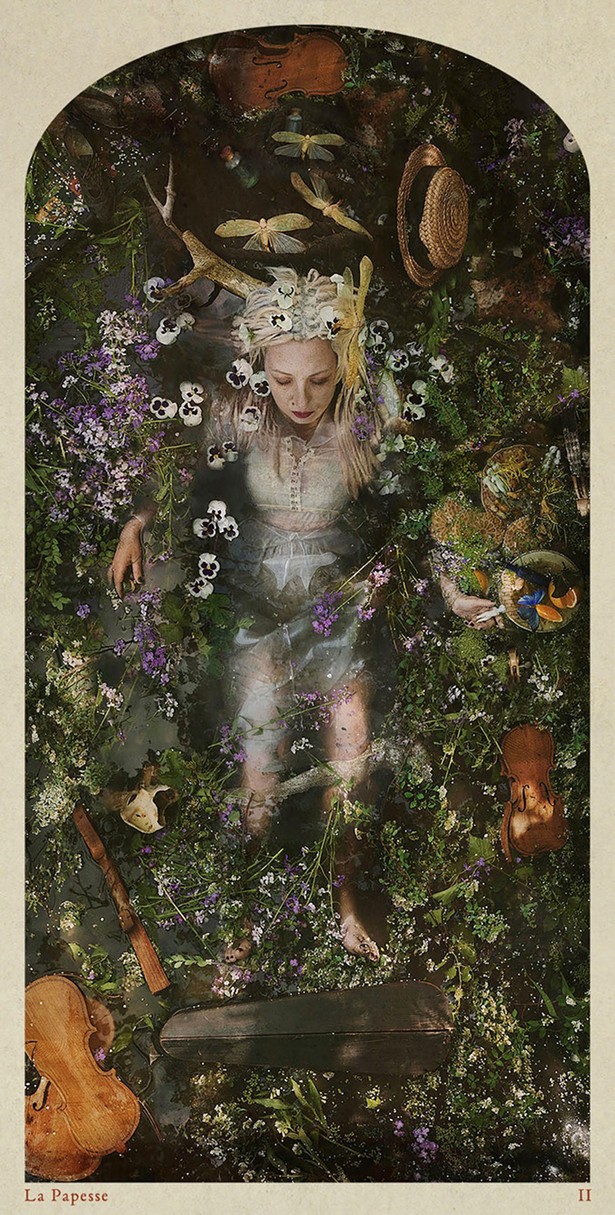 “We created these photos by changing perspective and hovering the camera directly above a body of water, the bird’s eye view of a world where water rises, seeps and floods, creating this underworld dream space so we can see our future for ourselves,” Selesnick says.

“Nearly what you see in the images is the result of working and fighting against the elements of chaos and order by arranging the objects, flowers and costumed figures in the uncontrollable and uncontrollable water”, adds he. 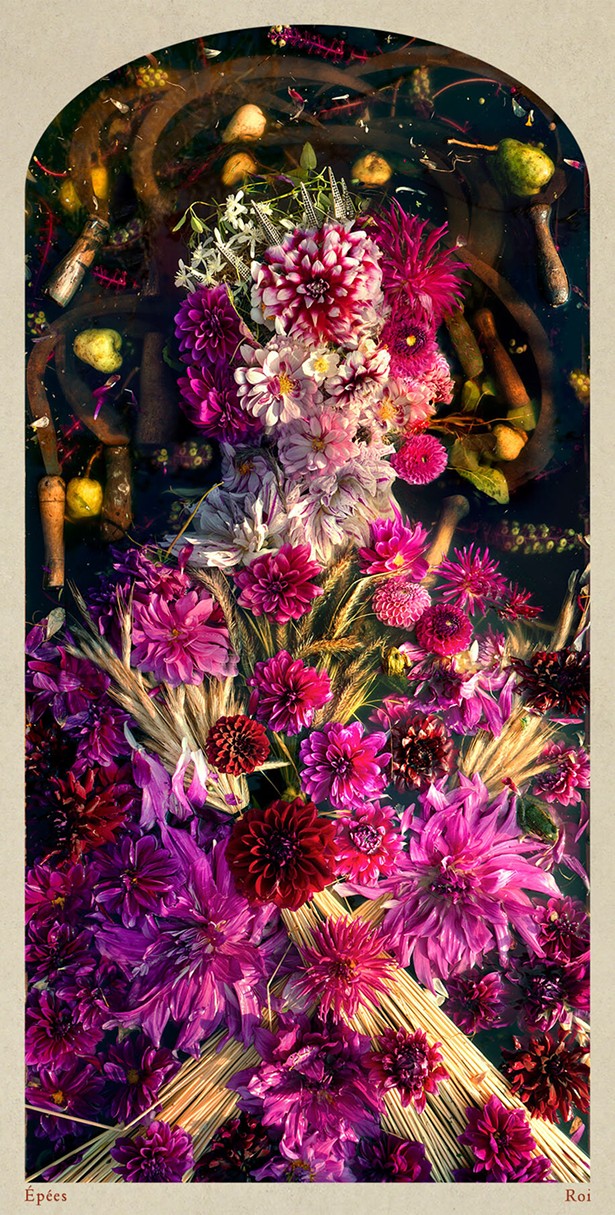 Throughout these works, a harvest theme follows the seasons from early spring through late fall with growth, death, and rebirth. By combining the natural and organic elements of soup with the modern technology of photography, Kahn and Selesnick capture and create a new magical tarot all their own.