This month Window on Hudson The gallery opens its new exhibition space with an exhibition of images and book art by poet and artist Dan Taulapapa McMullin The Healer’s Wound: A Queer History of Polynesia.

Taulapapa McMullin is a Samoan fa’afafine artist and writer, and their The Healer’s Wound: A Queer History of Polynesia is based on historical research into the queer cultures of their homeland and other Pacific Island countries. “Queer people in Polynesia formed societies of healers and traveling artists, but these societies were suppressed during colonialism by America and Europe,” reads a press release. “The book, through salvaged images and text, chronicles the journeys of these indigenous queer cultures and how they came to continue to thrive today. The exhibition includes large-scale prints on canvas and works on paper. 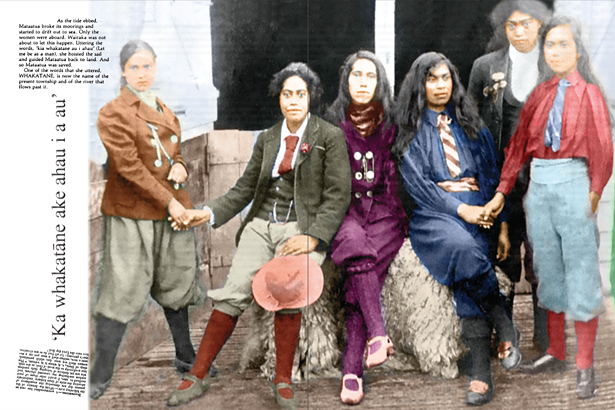 Taulapapa McMullin’s Book of Poems, Coconut milk (2013), was on the American Library Association’s Rainbow List of Ten Best Books of the Year. “The Bat” and other early works received a 1997 Writers Loft Poets and Writers Award. Their work has been shown at the Museum of Contemporary Native Art, the Metropolitan Museum, the De Young Museum, the Musée du quai Branly, the Auckland Art Gallery and the Bishop Museum, and their film Sinalela won the Honolulu Rainbow Film Festival Best in 2002. Short Film Award.

Images and art by Dan Taulapapa McMullin’s The Healer’s Wound: A Queer History of Polynesia is on view at Windows on Hudson in Hudson until July 4th.