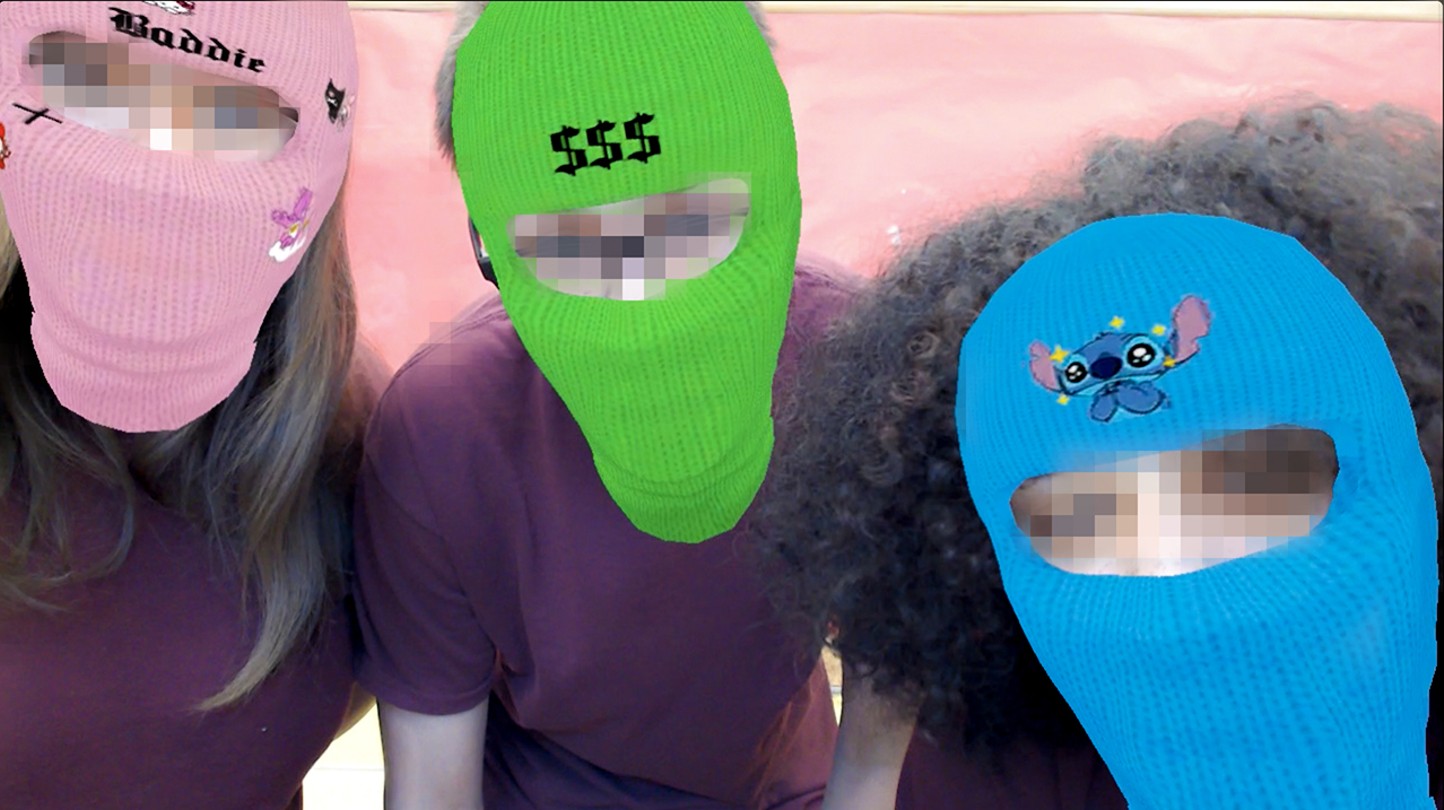 Art can be many things, but above all it is a vehicle for personal expression. For Colombia Collective, an artistic group of young, incarcerated female and trans artists, it is a way to convey creative viewpoints and often urgent messages that might otherwise never be seen. Three of the collective members, who go by the names Marshmallow, Jay and Just-A, live at the Brookwood Secure Center for Youth just outside of Hudson. They collaborated with artist Maggie Hazen and an exhibition of their work, curated by Sofia Thieu—“Answer: Artists of the Columbia Collective”— is playing at Foreland Contemporary Arts Campus in Catskill until September 25.

The collective is named after the Columbia Secure Center for Girls, where the young artists were housed before it closed in 2021. Hazen spoke about her work there after a chance encounter with an employee of the Bureau of Youth Services Bureau of Juvenile Justice. childhood and family in 2019, who bought his bike on Craigslist. Hazen was invited to do arts programming at the Center; during the pandemic, she was not allowed entry, but instead communicated by relaying a sketchbook with Marshmallow. “It wasn’t until Columbia Secure closed in 2021 and the youth were moved to the Brookwood Secure Center for Youth next door that we formed the Columbia Collective in honor of the memory of better days, the best food and best space in Columbia. I’ve been going there regularly every week since August 2021,” says Hazen. 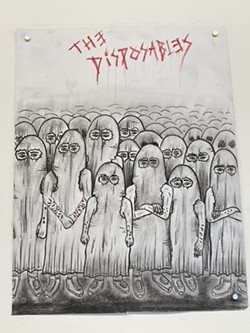 Visiting artist-in-residence at Bard College, Hazen initially thought of teaching more traditional art classes before turning away from an awards-based structure. Instead, “it operates on a model of equality and a common shared manufacturing space,” notes Hazen, who likened it to a Sip ‘n’ Paint format, minus the wine. “So we just hang out, talk about life, be normal, and make art together around a common project goal, like an exhibition or a publication.”

The works on display at Foreland cover a range of mediums, with an emphasis on drawing and 2D work, including images printed on fabric, such as banners. Some of the art is heartbreaking, ranging from installation depictions to surreal, nightmarish scenes with manipulated body parts. Marshmallow revolves around eyeball patterns, with rainbows spouting or dripping. The Disposables, by Jay, depicts an endless sea of ​​individuals rendered faceless by uniformly sporty sheets with cut-out eyeholes and identical sneakers. Their bare arms, however, show scars and marks that convey each one’s unique and traumatic journey. Pops of red enliven the clean black and white palette.

An array of intriguing papier-mâché sculptures representing everyday objects includes a walkie-talkie and a fascinating wall clock set to 4 o’clock, by Just-A, making you wonder about the meaning of time. Hazen, who is unpaid for this work, is working with Marshmallow on a video game and installation. A reading room in one of the galleries offers additional materials for in-depth exploration. 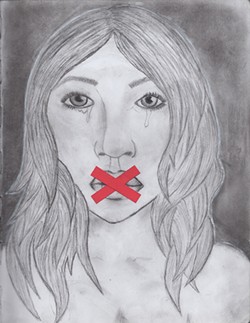 The exhibition resonates against the backdrop of the elegant Foreland complex, which bills itself as “the first and only Catskill Kunsthalle”. Opened in July 2022, the brick building was originally used to make Civil War Union Army uniforms. Around 30 artists’ studios sit atop the four galleries, a shared workspace and dining venue. The often raw and visceral content of “Talking Back” vibrates in the austere space of the gallery.

An informative and free booklet with a text by the curator Sofia Thieu describes the exhibition and details the history of detention centers for minors. A footnote stands out: “To many the legalization of prison labor slavery is common knowledge, but to reprint, United States Constitutional Amendment XIII states: ‘Neither slavery nor involuntary servitude, except as punishment for a crime; the party of which has been duly convicted, will exist in the United States or in any place subject to its jurisdiction. “Not only did the prisoners make clothes and goods to sell, but they were hired out as slave labor on land development projects in the growing region.

Juvenile detention is probably not a common topic of thought for people in the Hudson Valley. “Talking Back” raises many important questions on the subject, as well as the realization that such centers are nearby. Thieu postulates: “Listening to love, humour, resurgence and revolt, how do these artists help us to imagine an alternative solidarity and a decarcerated future? See the exhibition and reflect on the possibilities of the Collective’s work.