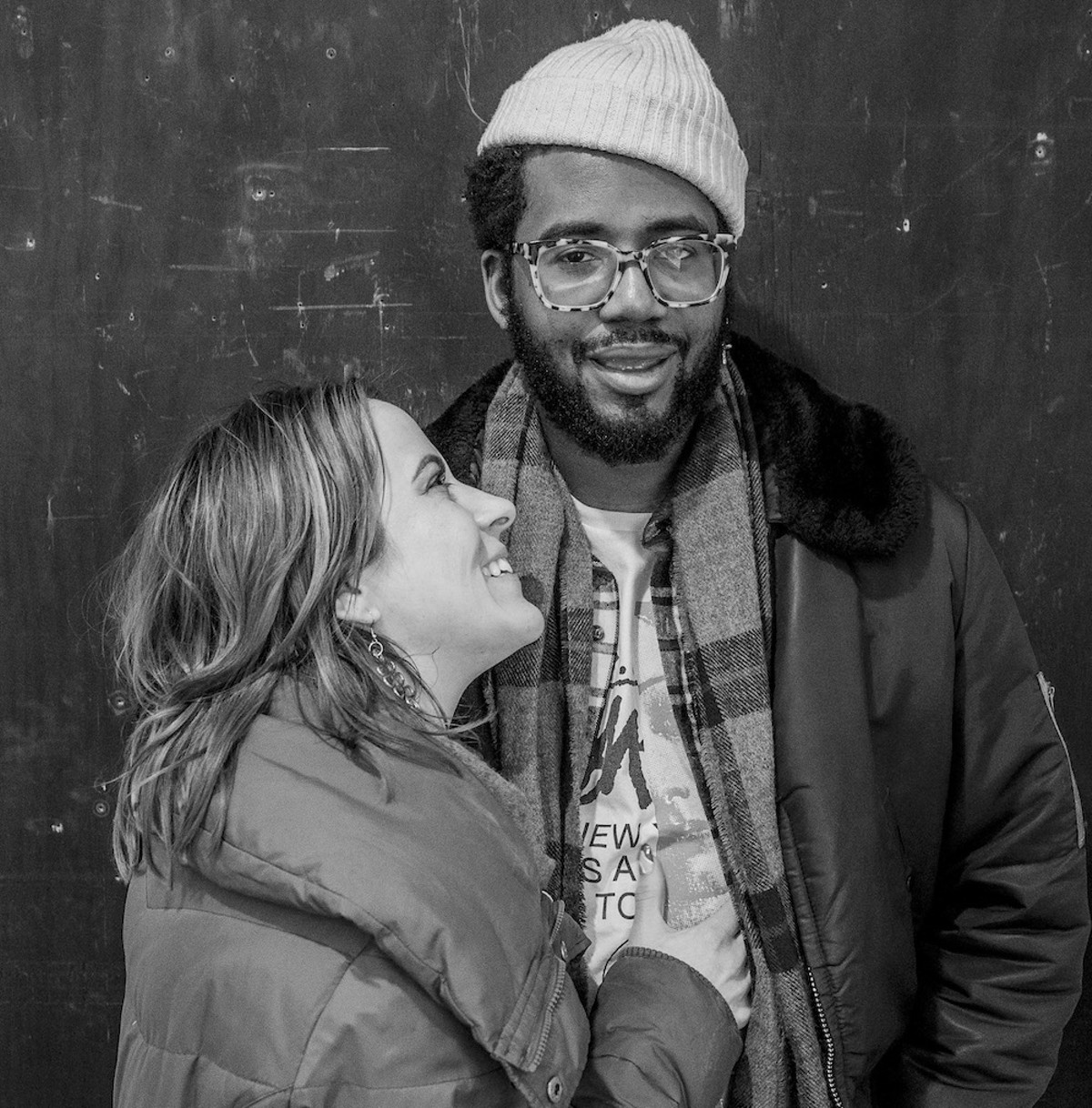 By: Ann J. Templeton
In: Visual art
Click to enlarge

Cj Wooten (left) and Alex Stallings are the creators of HEAT Culture.

In early 2022, Cincinnati artists Alex Stallings and Cj Wooten brought a new round of musical exploration to Queen City. HEAT Culture is led by queer people and people of color and is named after the safe and welcoming energy that each event strives to create. With a focus on hip hop, R&B and house music, Heat has so far managed to bring the right vibes to spaces like the Mockbee and 21c’s Gano Alley.

HeatThe next activation of will once again fill Gano Alley with a live DJ showcase and dance performances during BLINK on October 14.

Both Wooten and Stallings have artistic training outside of the Midwest. Stallings — also known as Stallitix and one half of Cincinnati rap duo Patterns of Chaos — was born here but grew up in Sacramento. It was there during the Hyphy movement, a hip-hop culture born in Oakland in the late 1990s. Stallings describes it as “carefree music” and “carefree energy”.

“There’s always been something in the water in the Bay Area, especially in Oakland,” Stallings said. CityBeat. “Seeing how people moved and how things unfolded was great. When I came here I wanted to bring that here, that carefreeness.

Stallings, who used to host a monthly hip-hop party at Revel OTR called “No Cool Kids Allowed,” says he’s always enjoyed spaces where people can let loose and be real.

“It’s a movement [of Hyphy]. People were dancing, just going to these functions, parties,” Stallings says. “Girls dance, guys dance. In the parks, in the car park of [grocery stores] from 12 a.m. until 3 a.m.…”

“You really embody that,” Wooten told Stallings. “Keep calm and have fun. It’s so special, and you embody it 100%. »

Wooten is also originally from Ohio and has spent his fair share of time outside the region, including years abroad, with stints in Turkey and Eastern Europe. For her, living in different cities has been an integral part of developing a vision for Heat.

“It gave us a lot of different perspectives on what we don’t have here, what we want to grow, and what’s left,” Wooten says.

Wooten and Stallings say that when they started developing Heat, they wanted to create spaces where you could feel at home, no matter who you know or where you’re from. Part of that vision was to design spaces where people can let their guard down.

Both agree that such spaces are too hard to find.

“[When we] create spaces of trust, where people can feel like they trust that environment and are accountable to everyone, and then something really magical happens and people connect on levels and in ways you wouldn’t necessarily have anticipated,” says Wooten.

The Heat the tagline reads “Bring Your Best Self,” and Wooten and Stallings hope that simple statement will help set the tone for their events.

“Drop the ulterior motives, drop the drama,” says Wooten. “Just leave all the bags at the door.”

Another top priority within Heat supports artists. The duo say they are working hard to find the funding to pay them competitively and do what they can to build public support and respect. With so many shows taking place in bars, Stallings says, it’s common for artists to perform in front of loud crowds just for a drink.

“For artists, we want something more,” Stallings says. Wooten also emphasizes the importance of providing artists with a welcoming space and financial support.

For BLINK activation, Heat will particularly highlight black women artists. Activation is titled “YEMAYÁ SISTA TO THE DISTANT YET RISING STAR”, from the 1997 film love jones. In the film, the character played by Larenz Tate reads a poem dedicated to the woman he is in love with.

“Now do they call your daughter at the spinning station,
Or maybe Queen of 2000 moons
Sister of the distant but rising star…”

“It’s a tribute to black women in a romantic sense, but also, I think, in a motherly and sisterly sense,” Stallings says. “Make them seen, heard and respected. For this project, I want that to resonate.

The BLINK activation will take place from 7-11 p.m. on October 14 in Gano Alley, where Michael Coppage’s “Black Box Women” mural will line the walls. The mural both inspires and elevates the activation mission, which is led by a range of Cincinnati-based black creative women.

The showcase includes DJ Queen Celine and DJ Rah D, who will focus their sets on music created by black women. Dance Team (CA)^2 will step in with intervals of hip-hop choreography inspired by Yemayá mythology and created to engage the audience with the dance floor. This is all set to take place under a light show by Louisville-based Lapis Laser Display.

“I think it’s going to be a beautiful thing,” Wooten says. “All of these different components come into play, but really ground it in respecting and loving and representing black women.”

“YEMAYÁ SISTA TO THE DISTANT STILL RISING STAR” is one of Heat’last events of the year, but the series has only just begun. Stallings and Wooten say they believe in the power of these places to build bridges between different cultures and regions. With each new activation, there is an opportunity for warm connection and carefree enjoyment.

Send CityBeat a news or tip or submit calendar event.