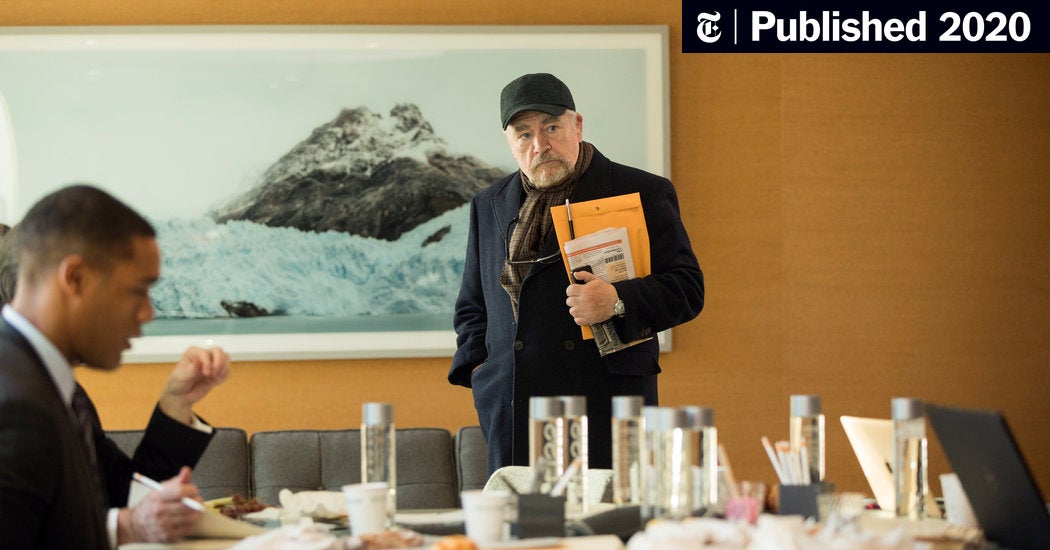 Art collections are real; the owners are not

Episode 2 of “Ms. America,” the new TV show dramatizing the battle against the Equal Rights Amendment, features a glamorous evening at the Guggenheim Museum. It’s 1972 and Gloria Steinem is launching her new magazine, Ms.. She mingle, dance and then shop talk with another leader of the women’s movement, Bella Abzug. As they walk up the ramp to the museum, artwork on the walls appears behind them.

Fanny Pereire, who has spent more than a decade placing the art in television and film productions, was instrumental in bringing this scene to fruition. Her nearly three dozen credits include the Oliver Stone film ‘Wall Street: Money Never Sleeps’ (2010), the all-female heist film ‘Ocean’s 8’ (2018), as well as the recent high-profile TV series ‘Billions “. “Succession” and “Ms. America,” which debuted last month on Hulu to critical acclaim (and will continue through May).

“I create art collections for people who don’t exist,” Ms. Pereire likes to say. She imagines what housewives in the Midwest or billionaires in New York might hang on their walls, then acquires the rights to use real, existing works or, more often, to recreate them on set.

Ms. Pereire studied architecture and costume design at Bennington College. But it was an internship that became a job at Christie’s that prepared her for her future career. As part of the auction house’s public relations team, she worked with publications and assisted in the auction room. In the process, she studied not only art but also those who collect it – to understand how people use art to represent themselves.

It’s a lesson that served him well as he transitioned into the entertainment industry, which, after a series of copyright lawsuits by artists in the 1990s, began to pay more attention to obtaining permission. Ms Pereire’s first gig in what would become her new role was in 2002 on the set of the revenge drama “Changing Lanes”. Since then, productions have multiplied, as have requests for works of art: Artists Rights Society, which manages many of these authorizations, has tripled in the last five years. In the process, this one-off mission has since turned into a full-fledged job: “coordinator of fine arts”.

Ms Pereire spoke by phone from her New York home about the joys and challenges of her job. These are edited excerpts from the conversation.

What is your process?

I get a script, I get a character, like everyone else on the production team. The costume designer will create the costume; the decorator thinks about where they would live, what their office would look like. I put what they would have on their wall, and it either says something about who they are or what’s going on in the scene.

I have to take all kinds of things into consideration: the period, what we’re trying to say, and the cost — I’m not going to put a million dollar painting on the wall for someone making $50,000 a year. I want it to be believable.

Do you search through your own files, images that you have collected from seeing art over the years?

Once you’ve created the art, what happens next?

I obtain authorization from the artist or his representative, or from the estate. From there, I have to get myself a really good digital file of the work. If it is a watercolour, it is reproduced on paper; if it is a canvas, it is reproduced on canvas. The scenic artists in the art department will complete them to ensure that if the camera gets close enough, it looks like the real thing.

It looks like you helped create the Fine Arts Coordinator role.

Yes a bit. But the thing is, for a long time, let’s say they wanted a de Kooning. They had to do something that looked a bit like a de Kooning, but not enough like a de Kooning for de Kooning to say, “You have my painting and you didn’t ask my permission.” So it ends up being just as consuming. It’s much easier to get permission for the real thing.

What has been one of your best investments?

In “Changing Lanes”, Ben Affleck is at a crossroads in his life. In front of his desk, I put a painting of Alex Katz [“Harbor #9”] of this person walking on the beach. It was actually twice as big as what I had the wall for, but they allowed us to replicate it in the right proportions. At one point Affleck’s character is like, should I leave and move somewhere and walk the beach? This painting was the perfect rendition of what was going through the character’s mind.

The Guggenheim scene in “Mrs. America” takes place in the actual museum. Did you use the art that was already on the walls?

Yes. It was kind of the chance of a lifetime. When the decorator called me, she knew I was going to jump for joy, because I had done other things at the Guggenheim, but never with Guggenheim artwork. She said, you’re going to go with the stage manager, and you’re going to have to take a picture of each room for these two ramps [in the scene]. And then you’ll have to erase each piece and make sure that [it wasn’t] made after 1972. Anything that doesn’t fit our script, you’re going to have to figure out what to do with it.

Is there more art to come in “Mrs. America”?

There is another scene in episode 8, which is the women’s conference in Houston. I think it’s 1977 or ’79. In there I have two very large Rothkos. But these are indeed reproductions, whereas at the Guggenheim, it was only original works of art.

How often do you use real works versus reproductions?

At the Guggenheim, we had no choice, because they weren’t going to remove all the artwork overnight for us to shoot and put back the next morning. When we shoot at a location for a day or two, I either keep the artwork there and show it, or I borrow or rent original artwork. I definitely don’t want to have original artwork for a long time. But Aaron Young’s artwork in “Billions” ended up sticking around all season, and it was original. It took a special forklift to hang them [and] no one could reach them because they were very high and very far away.

What is one of the most important investments you have made?

In “Wall Street: Money Never Sleeps,” our character had a vast collection of artwork. It had cowboys from Richard Prince and the Warhols, but also old masters. We wanted it to have something unique and priceless, and Oliver [Stone] wanted something that everyone knew what it was. So I came with a Goya. There is a series of Goyas at the Prado, and there is one that has been lost over the years. Not sure exactly what it looks like. And so, from my research of the drawings of the missing piece, we made the table [a study for “Saturn Devouring His Son”].

We had five made because the character, at one point, in anger, slams the painting and tears it with his teeth. Afterwards, the actor, Josh Brolin, said, “I’m so sorry, I was really in the scene.” I said, “Don’t worry, we’ve got a few more.” We ended up damaging three, I think, and I think Oliver has a copy and our producer still has a copy in her office.

What usually happens to reproductions when you’re done?

At the end of the shooting, there is a whole other part of the process: the proof of the destruction. Occasionally [whoever licensed the work] will want us to return our official copies, or they will want proof of destruction, in which case I will destroy the artwork and send them pieces of it and photos of it being destroyed. Or I send them a video with one of us cutting it.

Did you have any particularly difficult or fun works to destroy?

In “Changing Lanes”, we reproduced a sculpture by Antony Gormley. We made it in enameled polystyrene to look like a matte metal. I remember asking the producer, how am I going to prove destruction? He says, “Oh, leave it to me.” He had the sculpture picked up by the crane and [drop it] from the top of the sound stage to the floor. It exploded into pieces. Then he handed me the video and said, now you can send it to your artist.

I remember sending it to Antony Gormley, then seeing him again a few months later and introducing myself again. He was like, “Oh my God!” His wife was like, “You have no idea. He loves this video; he shows it to people when they come. Admittedly, it was 20 years ago, but I was so happy.