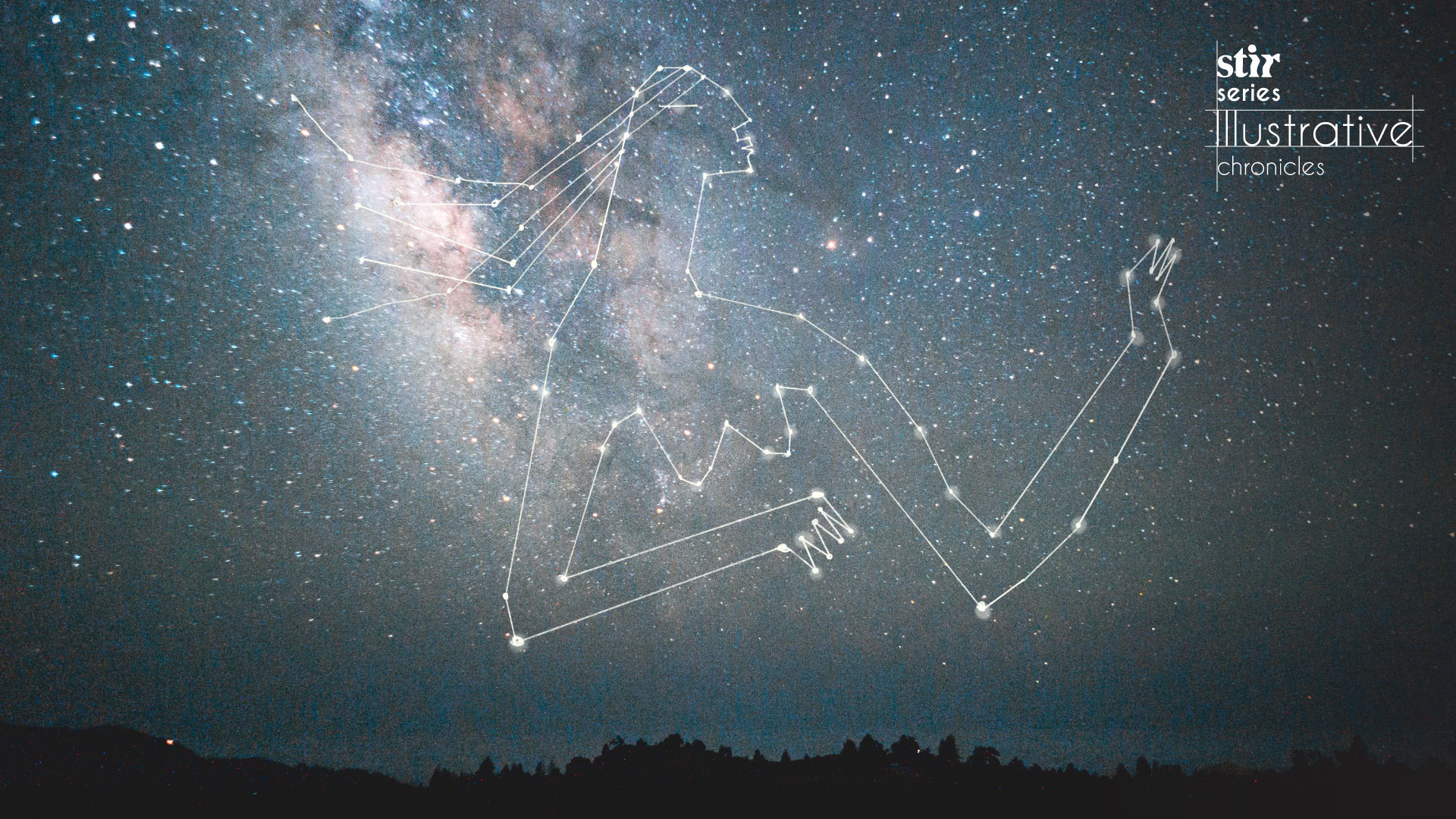 Shira Barzilay is an illustrator whose work is known around the world thanks to her presence on social networks. Born in Tel Aviv, Israel, her distinct and compelling style of drawing and mixed media has caught the eye of some of the world’s biggest companies. This includes visual art collaborations with Cartier, Elizabeth Arden, Vogue Portugal, Harper’s Bazaar, N’kd, Lenovo, Revlon and, more recently, Zara. Digital advancements are giving new depth to his work, which has sparked the interest of art lovers. His particular style is known for its evocative and philosophical reflections on our surroundings.

1. Do you consider your work to be “illustration” or “art”? Is there a difference in your opinion?

My work is an expression of art. Whether through illustration, animation, fashion, VR sculpting or even floor cleaning for that matter. It doesn’t matter, as long as the medium serves the context of the artistic concept.

Before becoming an artist, I was a freelance fashion illustrator. My job was to illustrate a point of view and if I was hired by a client – ​​to illustrate their point of view. Illustration is a figurative and visual explanation of an idea or situation in its purest form. The only difference between illustration and art itself is the context in which it is used. When I was an illustrator, I didn’t consider my work to be works of art, more like simple illustrations. I didn’t feel like I had a clear voice to say what I was thinking. I was looking for it – and it gradually grew as I lived, experienced and matured simultaneously in life and in digital art. When I adapted a more minimalist approach, these notions became very clear to me – because they were simplified and I could see them more clearly. I had eliminated unnecessary details from the page and from my life and was able to focus on the essentials. It was there from the start but it was hidden in many ways.

2. What is at the heart of your expression? How do you want your work to be experienced and interpreted?

I create from a very intuitive place where I tap into a flow that is happening right now in time and space. It is a practice of being present in the present. I almost feel like a channel for ideas to pass through me, and it’s as if my consciousness and consciousness are reduced.

Intuition is often manifested by a simple line that draws a somewhat autobiographical female silhouette. I think in that sense I’m pouring out my raw emotions and hopefully that will register with the viewer and make them connect to that emotion as well.

Since I’ve been drawing on my iPad, I often turn an inspirational image into my canvas and almost create a new story out of a scene that’s already in progress. I see the world as a canvas and the endless possibilities of seeing things from different angles. When I intervene with a single, simple line on an image, I am interested in completely shifting the narrative, thus creating a new story. It’s like working with layers. I take a layer of an image, adding my perspective which is another layer. The observer’s perspective is another layer on top of that. Stories about stories. I think it’s ultimately about looking for subjectivity in an objective world. We all want to be heard and seen and I think that’s ultimately what my work is about.

3. Tell us about your creative journey – how has your style evolved over the years? What/who are your biggest influences?

The beginning of my creative exploration happened at a very young age. As a child, I doodled and drew everywhere and was very encouraged to explore this side of me. My aunt is a painter and I would get inspired by visiting her studio. She taught me to love art and encouraged my talent. I am very grateful to have raised this inspiring figure, because I know how important it is to build confidence. I think a lot of my confidence is due to having been encouraged so much as a child.

As a teenager, I turned to fashion and fell in love with Versace’s fashion illustrations. At 17, I was already in fashion design school on my way to getting my bachelor’s degree in fashion design.

When I graduated I realized I had more research to do and fled to Los Angeles, USA – to find something unknown – and it turned out to be of fashion illustration. Back in Israel, I was a freelance illustrator working for big and small brands and designers until I had the idea of ​​starting my own temporary tattoo business. The business flourished and KOKETIT the business took off.

After a while, I got bored selling products and missed creating art. At the time, my embedded feed had become very popular and I noticed that I was often asked where to buy the images. So I decided to turn my online tattoo shop into an online print shop and the rest is history. The platform now sells original paintings to customers around the world, and I’ve collaborated with some amazing brands along the way. I’m also working on my first NFT collection which is incredibly exciting.

I’ve met some amazing people along the way who have encouraged and inspired me to be whatever I wanted. I was very hesitant to become an artist because I had so much respect for the craft and felt I wasn’t worth it. It was a long series of realizations that while I was thinking whether I was one or not, I already was one.

4. A work that you have created and of which you are particularly proud? Please share the details of how you designed it.

I think my artistic journey took off when I imagined the the world is my canvas series, which I featured on my Instagram feed. The notion that there are no limits except the mind was very liberating and focussing for me at the same time. There’s so much content online these days that I love the idea of ​​repurposing what’s already there. I feel like it’s economical. This coincides with my overstimulated imagination where I see and imagine faces and bodies anywhere and everywhere. They jump out at me on side cracks and trees. When I look up at the sky, I see a young woman relaxing on a cloud. The world is a stage, a canvas, a story waiting to be told – and there are many stories to unfold beneath the shadows. My eyes always chase the invisible and it looks like a very constructed duality between my inner self and my outer self.

The collaboration I did this year with Zara was important to me. They reached out to me on Instagram and asked me to make some of my flow ideas a reality. The process was fascinating and I felt extremely lucky and humbled to create such a personal collection with such a beloved and popular brand that I personally wear all the time. It was definitely the peak of my career. As much as I love and cherish all of my collaborations, I rarely look back, but rather focus on the next project. Right now I’m working on my first NFT project which will be released next May. I create art on a different dimension and introduce a new medium into my work. I think NFTs are the future, especially for established visual artists, because it will bring my community closer to me and my art. I am excited!

Click here to learn more about Illustrated chroniclesa collection of STIR articles that examine illustration as a discipline for telling stories of the contemporary urban.