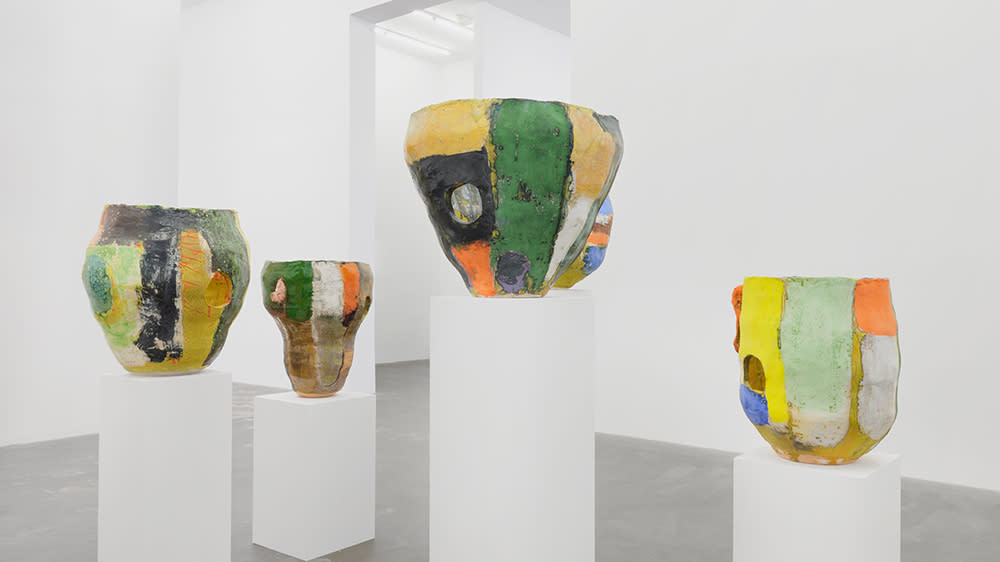 Why California has become a hotbed for ceramic art

In 1988, when artist Tony Marsh took a full-time teaching position at California State University, Long Beach, he was determined to broaden the appeal of ceramics, his medium of choice. He spread the word that if an artist was curious about working with clay, he would be happy to teach them how. Soon painters and sculptors accepted his offer of free studio space and use of the school’s coveted ovens. Over the summers, Marsh hosted up to 50 artists, all sharing tips—or, as they say, “stealing from each other”—in the spirit of discovery.

Many of them, including Roger Herman, Ruby Neri, Jennifer Rochlin, and Sylvie Auvray, to name a few, have gone on to become some of the most exciting ceramists working today and helped cement SoCal as a epicenter of the increasingly demanded medium. Sharif Farrag, a rising talent, was in residence at Long Beach while they experimented there and recalls, “My neck was bent back all day staring at giants.”

Although ceramics has a long (if sometimes fragile) association with modern and contemporary art, from the prolific practice of Picasso to the current mastery of New York-based Arlene Shechet, the medium is deeply connected to the Golden State. . Several artists interviewed attribute it to the state’s influential art schools, which have the real estate to house gas ovens capable of firing large-scale works; the dry climate also plays a role. But cultural history is perhaps the dominating factor: more than half a century ago, Viola Frey, Peter Voulkos and Robert Arneson defied convention by working with clay and encouraged their students to explore the material. ancient and humble with the same imagination as they would with metal or paint. “The entire state has been working hard since the 1960s to redefine what can be made of clay,” says Marsh.

For years, Herman adds, because ceramics was considered a mere “craft,” the outside world didn’t pay much attention to it. “Artists are always freer when there’s no real market,” he says, “and they can create without Big Brother watching you.” Herman, the longtime head of painting at UCLA (now retired) had little interest in doing ceramics until a student offered to teach him how to throw a pot. Now he calls it a “guilty pleasure.”

The current harvest is a bundle of adventures that thrive not just on the physicality of clay, but also on its inherent element of surprise.

Julia Haft-Candell explores what she calls the “tension between the known and the unknown”, glazing, firing and sometimes re-glazing a piece 10 times to get the surface exactly to her liking. “I deliberately use glazes with a bit of volatility, which aren’t entirely predictable, because I want there to be things that I don’t have control over,” she says.

Farrag also likens the oven to “someone else” having a stake in the outcome. He always has a pot in his studio, as many artists maintain a daily practice of drawing, but his inventions are wildly imaginative, with whimsical creatures and a jumble of salient details. “They go through the goofy meter,” he says.

While some ceramists play with vases, others push the formal boundaries of clay. Neri, daughter of the famous Bay Area sculptor Manuel Neri, turned to pure sculpture. On Zoom, she reveals a work in progress: a woman lying down, her breasts and legs pointing skyward. “My work is quite sexual and quite pop and very blonde,” she says. A painter with a background in graffiti, Neri is considered the first artist to use an airbrush and a spray gun to “draw” with glaze. His pieces often sparkle in pinks and yellows. “I think yellow is this hysterical color, almost like pure feminism.”

Beyond their very individual practices, Californian ceramists are also distinguished by their strong sense of community. Those with their own kilns share, and Haft-Candell started a school in his studio. “Right now I’m pulling Roger’s parts even though he doesn’t know I’m,” Farrag says. “There’s something family about it, which is really heartfelt and enjoyable.”