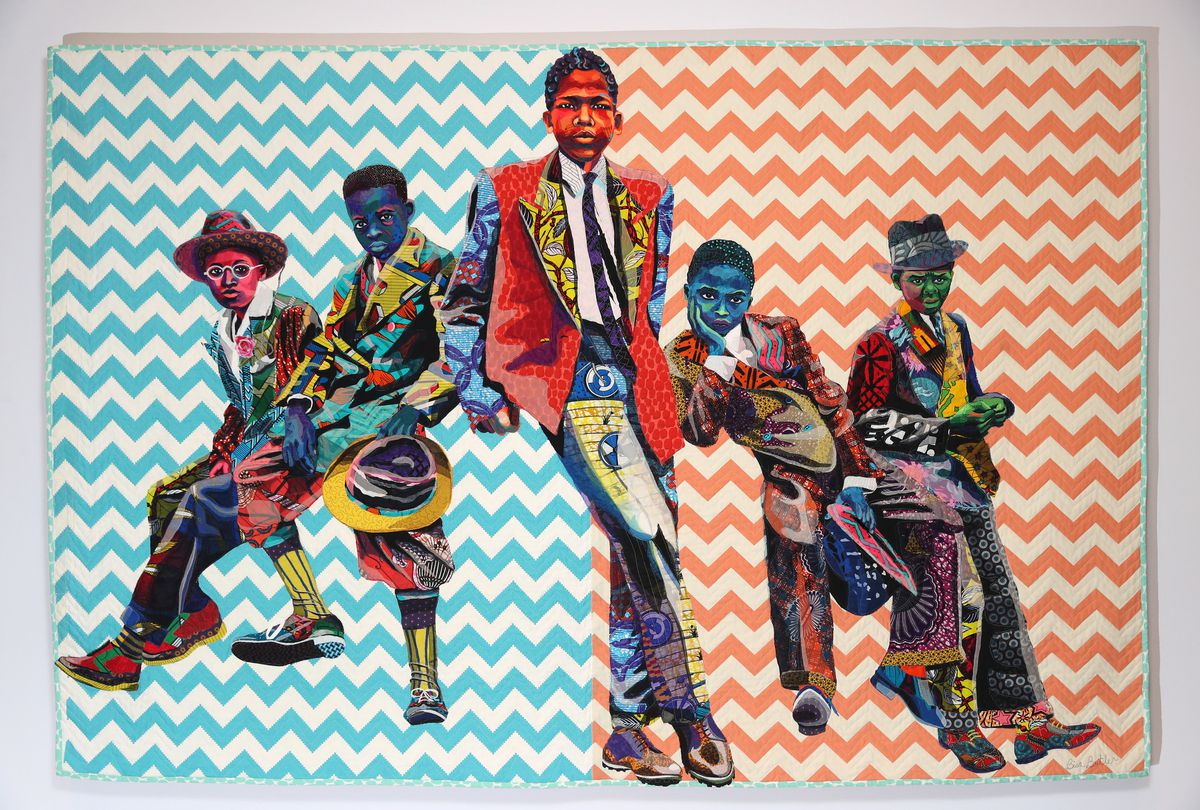 The best (and worst) visual arts in Chicago in 2021

Museums are important, but what happens outside the museum probably matters much more. Art for the people, by the people, where the people are, is the Guiding force of now. The fourth edition of the Chicago Architecture Biennale, “The Available City”, recognized this by dispersing its interventions throughout the city, mainly in the southern and western districts, by organizing workshops and exhibitions in the very places where his ideas on redesigning public space are meant to impact. Meanwhile, monuments, the works of art that traditionally fill parks and squares, continued to be a flashpoint. A pair of fabulous feminist history murals commissioned for the Wabash Arts Corridor were due to be installed this year; one was obstructed by a parking lot owner who refused to rent the locations needed to access the painting wall because he didn’t approve of the design, a colorful rendering of Vice President Kamala Harris’ famous line: “I speak.” At the Cultural Center, artist Jeremiah Hulsebos-Spofford has unveiled a series of witty new memorials, paying homage to the clumsiness of smartphones in trouser pockets and the cumbersome monstrosity that is contemporary navigation. The National Monument Audit, released this fall, provided solid searchable data on the overwhelmingly white, male, martial, and misrepresented nature of the American memorial landscape. This can only benefit ongoing debates between communities, activists, scholars, artists and politicians – including at the Chicago Monuments Project, a panel of advisors convened to examine the city’s public sculptures and recommend needed solutions. , a program supposed to end last year but necessarily extended by Mayor Lori Lightfoot.