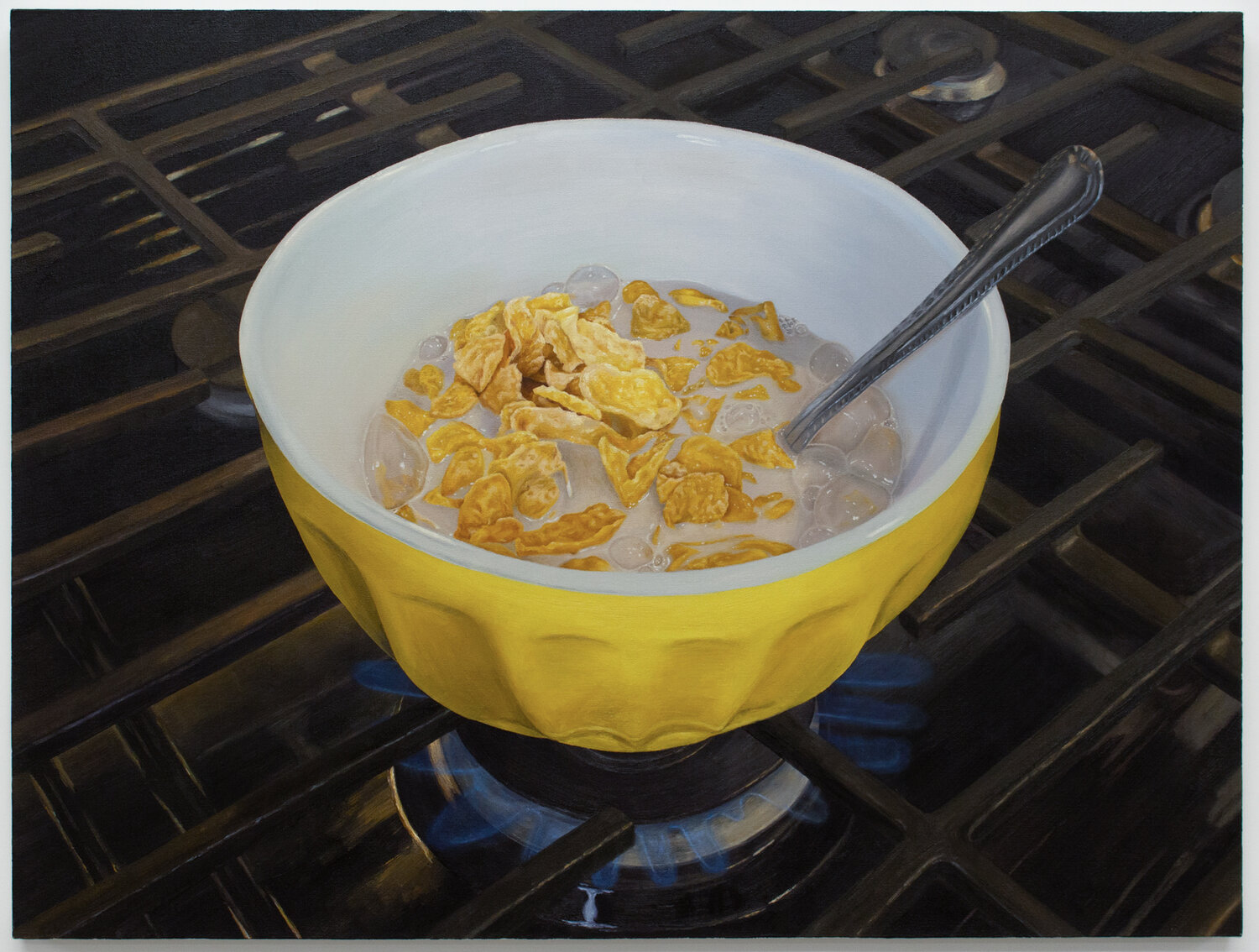 “Sweet Discord”, a new exhibition at MINT Gallery, brings together works by emerging artists in the gallery 8th Annual Juried Show. In partnership with the BWVA organizationor black women in the visual arts, MINT brings together a diverse collection united by the themes of lightness and darkness. Lauren Jackson Harris and Daricia Mia DeMarr are the founders of BWVA and the jurors for this year’s show. Jackson-Harris and DeMarr joined “City Lights” host Lois Reitzes with Victoria Sauer, a star artist, to talk about the show, its origins and the works it highlights.

Commenting on the title of the exhibit, DeMarr said, “’Sweet Discord’ is basically what we got…. It’s an open call. This was the 8th national call for artists, so artists from across the country were able to submit to the juried exhibition. These pieces really resonated with us, and for some reason they all had this lovely softness, but there were also dark components. She continued, “The title and artwork are representative, we think, of being on the heels of the global pandemic and artists wanting to move things in a more normal direction…but also very representative of the changes. that happened.”

Victoria Sauer spoke about her art in the show, for which dreams are her muse. With her painting “Cereals” she presents an image from her dream – a bowl of boiled cereals on a stove. “There’s a kind of logic that resides in dreams, where, ‘Oh, that makes sense. Of course, I boil my cereal. That’s how you eat cereal,'” Sauer said. Then you wake up, and you let a few minutes pass, and you start to reacclimate to reality, and you’re like, ‘Oh, that wasn’t normal. It’s actually really, really absurd and funny.

Sauer’s fascination with dreams became a scholarly activity, taking him through the writings of Freud, Jung, and other dream theorists. “The one that resonated with me the most was the idea that dreams are not separate from reality,” she said. “Dreams are actually just recycling [of] information from your day, so all of these images that you see, all of these stories that are created, they don’t come out of nowhere. Regarding her own dream-inspired art, she offered, “It’s this back and forth between the mundane everyday parts of your life, and then this kind of rudimentary visual language in dreams, where everything is one bit silly.”

The work of Sauer and other artists come together in a diverse list that will pay particular attention to new and lesser-known creators, especially women and minorities – a goal prized by the exhibition’s jurors. DeMarr and Harris, who selected the works and co-founded Black Women in Visual Art, met at an art event after DeMarr moved to Atlanta in 2017. They quickly found kinship. “As a budding creative, as a budding artistic worker, I realized the need for networking, and co-workers are very important in my success and having like-minded people around me,” said said Harris. “I quickly became attached to [DeMarr]…I once said, “We should start an organization where there are women like us, who are trying to be professionals in the arts…and who want to keep growing and who are like-minded. So she said, “Why don’t we do it?” “The couple followed and launched BWVA in 2019, with MINT as their close ally.

“From day one, MINT has been a friend to both Lauren and myself and to BWVA,” DeMarr said. “It gave us the opportunity to collide our personal and professional interests in art.” Harris added, “MINT has really set a precedent this year with their programming… They’re extremely professional and embracing of different voices, and also very aware of the voices that are being heard in the content they air.”

“sweet discordis on view at the MINT Gallery until September 25. More information about the exhibition and the gallery is available at www.mintatl.org.