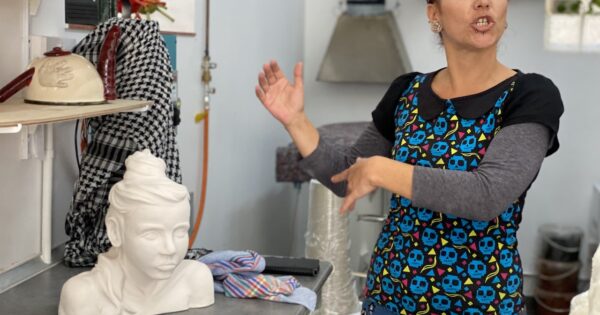 An open day gives insight into the art of ceramics

Tucked away near the shipyard is a ceramics workshop, owned by Ermelinda Duarte who is raising awareness of the art of ceramics, whether pottery or sculpture.

She hopes to bring more people into a world where imagination, skill and a little element of the unknown come together.

In an effort to raise awareness, she held an open house at her studio last week. 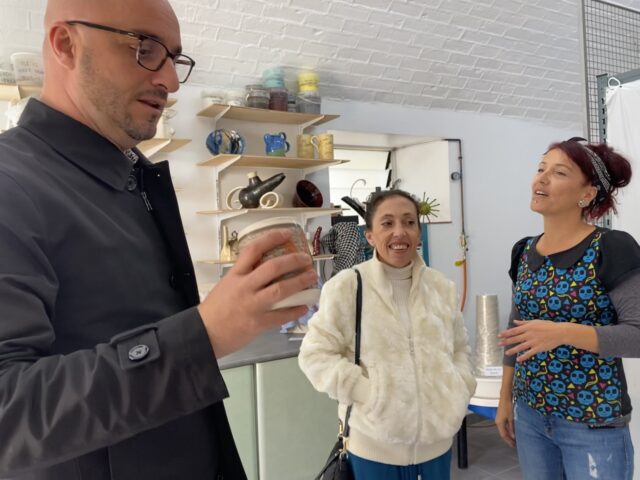 Among his visitors that day were Gibraltar Mayor and GAMPA Director Christian Santos and GAMPA Deputy Director Tanya Santini.

After graduating in ceramics, Ms. Duarte returned to the area and has since made a name for herself by winning various competitions.

Two years ago, she started working on what she calls her biggest “art installation”, the creation of her ceramic studio. 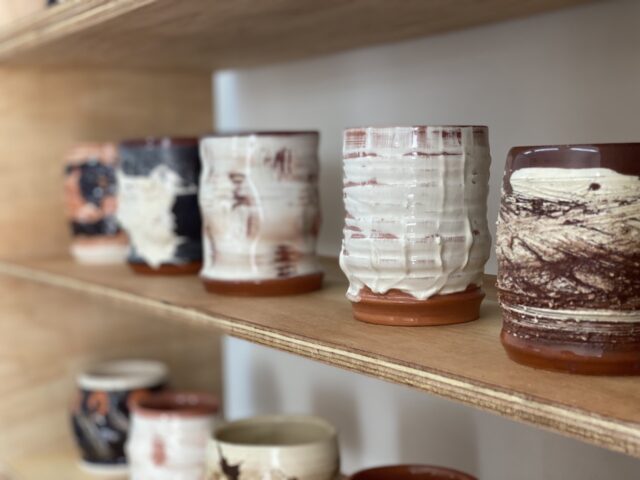 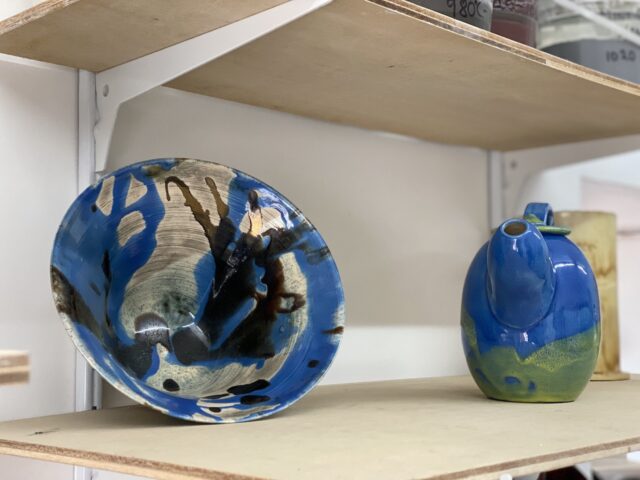 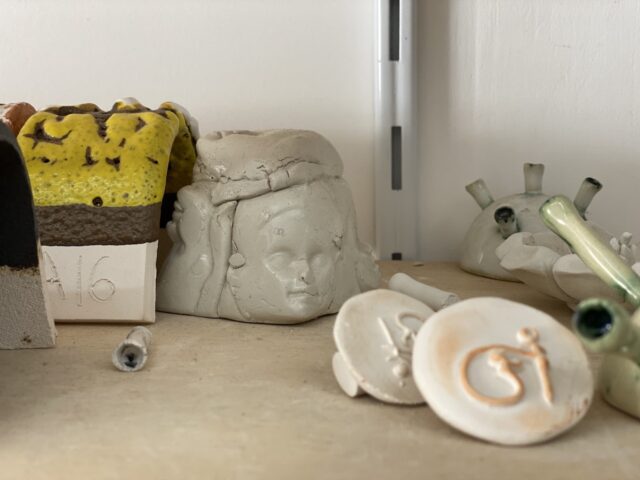 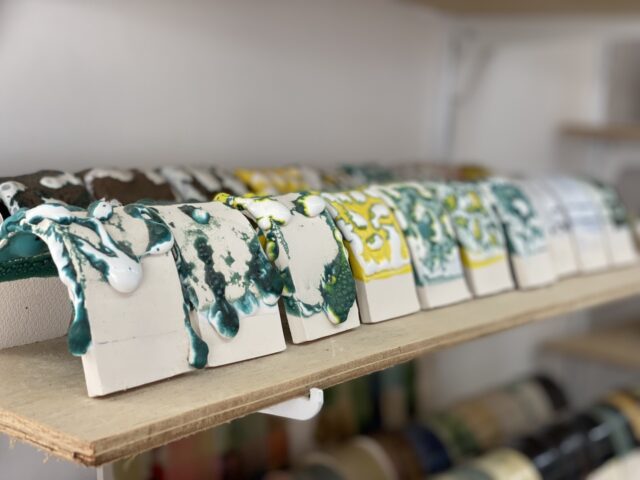 Now stands the studio with gleaming white walls, a large gas oven in one corner, a throwing wheel (potter’s wheel) in another, and row after row of much-needed bookshelves.

It is here that Ms. Duarte spends many hours a day working on a new collection or her latest project, as well as teaching art to young children.

The shelves are filled with different pieces, including a full section of her latest “Diversity” exhibit, her first collection of tableware currently on sale. Other shelves have either finished goods or green items, which are a piece before it has been cooked.

The green ware is then bisque fired, which is the first firing of the clay in the kiln and the process transforms the raw green clay into a ceramic material. The product is then glazed and baked again.

Glazing can be difficult because the artist cannot tell how the final product will turn out.

“Imagine trying to create something whose colors you can’t really tell until it’s cooked. It’s really, really hard plus it’s normally white pastel colors. Sometimes the colors look the same when you apply them, but when they dry they are not the same,” she said.

“One of the really exciting things, although it can mess up your work, glazing is like alchemy. You don’t know what’s going to happen. It’s chemistry and what will happen to those elements when you have to fire. 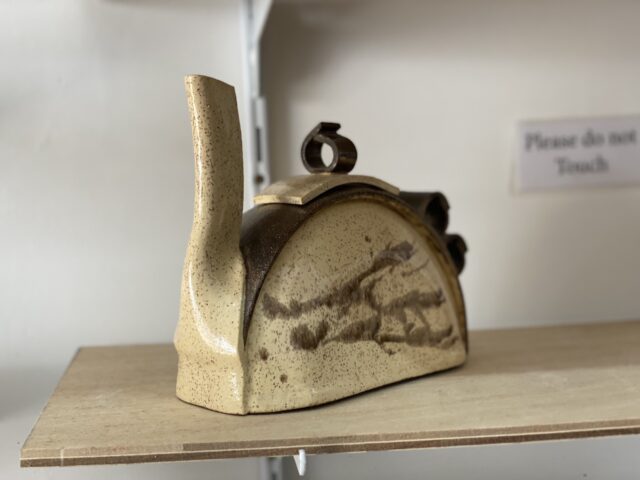 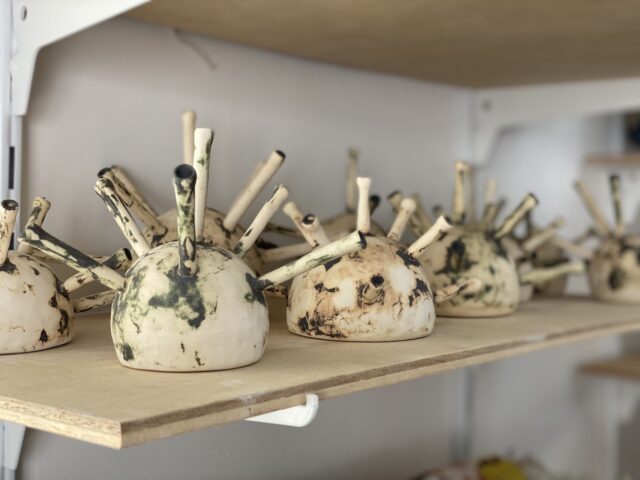 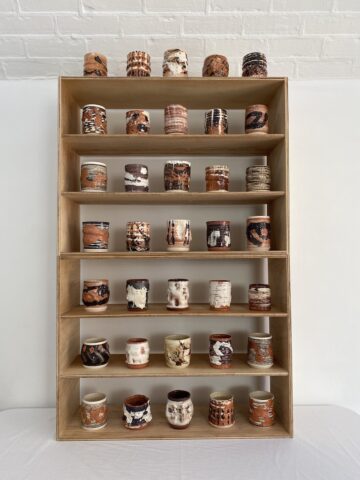 She explained that an electric oven results in a more uniform color, but that also means the piece lacks different effects that occur in a gas oven.

Due to where the heat hits the piece, the glaze tone may change even though the same glaze color has been applied. This is what gives each of her pieces a unique characteristic and it is a factor that she cannot plan or prepare for.

As a result, every room has an element of surprise.

“The whole process is quite long because you have to be experimental,” she noted.

Experience and knowledge play an important role in a ceramic artist’s career and Ms. Duarte somewhat laments the fact that there aren’t more experienced artists on the Rock from whom she can learn.

Although she has a degree in ceramics, just having a qualification doesn’t mean you have the skills, there is still a lot of talent involved. Less when throwing something on the wheel compared to creating a sculpture.

One piece she is working on is a bust of a woman that took her two weeks to work on every hour of the day she wasn’t sleeping. She created this piece for herself thinking of her father, also a sculptor who passed away a few years ago. She didn’t chisel out a block of clay instead she used the coils where she rolled out the clay and built the bust from the base upwards, using ‘scaffolding’ to hold it in place. place in the process.

“As the clay dries, it shrinks. It has a shrinkage of 5 to 10%. I do a few coats then let it dry a bit so it’s hard enough to hold the next few coats,” she said.

“If I let it dry, it would crack. So when you do something like that, it’s going to take time.

“You also have to be very aware of the bottom and see how it goes and then at the end you have to pay attention to the details, like if it dries too much you can’t go back. So it’s a race against the clock and there is a construction.

“That’s why I say maybe not everyone can do it, because of the kind of build you need and you need to have your hands [the talent] to do it. I can show you but that’s it. It’s like any kind of art whether or not you have this flowing thing,” she added. 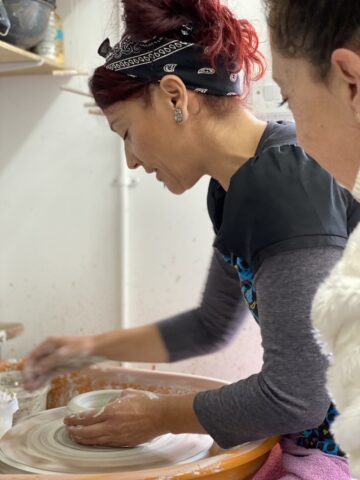 The piece was bisque fired and needs a glaze, which she does with a clear glaze and will apply it with a spray gun so it’s even all around.

While the children’s classes continue, she also hopes to offer adult classes in the future.

2021-11-29
Previous Post: How the Latest Addition to High-Performance NFT Art Collections to Increase the Value of OpenSea
Next Post: Bob Dylan’s most expansive museum exhibit examines his visual art – ARTnews.com